Are you paying attention? 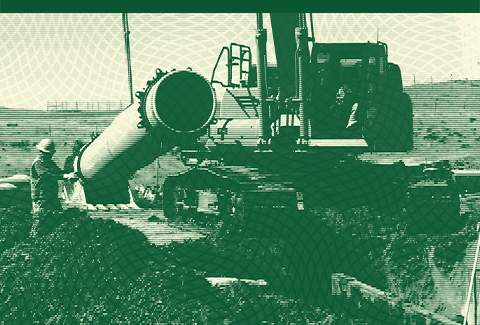 Much of America’s water pipeline networks was constructed in the post‑World War II boom years, and the time for replacement is looming.

There are tens of thousands of water systems scattered across the country. According to the American Water Works Association, the vast majority of those systems serve communities with fewer than 3,300 people. Those communities will struggle to afford the expense of replacing an asset constructed over decades.

“One of the really hot topics in the municipal water and sewer industry is whether utilities are adequately renewing or replacing their infrastructure, particularly underground,” says David Naumann, a senior project manager specializing in financial management consulting for water systems at 1898 & Co., a business, technology and security solutions consultancy, part of Burns & McDonnell. “Those assets, the piping systems primarily are harder to inspect and easier to ignore, and that’s been a problem for a long time.”

Projected investment needs for buried drinking water infrastructure in the U.S. from 2011-35

There is relatively little federal funding for water infrastructure improvements, which are primarily funded at the local level. The Clean Water Act was a major source of federal funding in the 1970s that helped build many of the large wastewater treatment plants currently in operation in the U.S., but that successful program has not been repeated.

“The challenge is now, how do I package my low‑interest-rate loan with other revenue sources to provide the most impact without placing undue burden on my rate base,” he says.

Another indirect factor in the funding challenge is the rise in water conservation efforts across North America.

“Across the board you’re seeing our clients’ water demand going down, which from an environmental standpoint might look like a good thing,” Clifford says. “The problem for a municipal water system is, as demand goes down, so does your revenue.

In an industry where funding is often tight or even declining, prioritization takes on great weight. Having a robust asset management system helps prioritize necessary improvements when less money is available.

“A lot of communities might argue they can’t afford to spend, say, $1 million a year on a thorough asset management program,” Clifford says. “But if you’re going to spend $50 million on your capital program this year, it makes sense to spend $1 million so that you would know how to better target that $50 million investment.”

As water systems face hard choices while developing their capital plans, Naumann says, an increasing number are marrying rate studies with their condition assessments and renewal and replacement programs to see that cost recovery is taken into consideration.

For one recent client, Burns & McDonnell went through the municipality’s geographic information system data and helped design a method for prioritizing renewal and replacement by segments of pipe, Naumann says: “We looked at different ways to phase in funding over time to address their pain points and deal with the most problematic segments first.”

The U.S. water industry has struggled in the aftermath of the 2008 recession, when municipalities had to cut back on spending significantly, according to Patrick Clifford, water practice lead for the Upper Midwest at Burns & McDonnell. One option to make more efficient use of available funding is to use collaborative project delivery techniques like design-build to implement capital spending faster and more efficiently than more traditional municipal utility approaches. Clifford cautions that in many states, the terms of state revolving fund loans prohibit design-build solutions, although more states are revisiting that option and changing terms to allow it.

Rate studies help communities understand the impact of renewal and replacement work as it translates into rates.

“We see water and sewer rates increasing about 5-6% a year nationally, better than double the consumer price index,” Naumann says. “It’s an interesting dynamic, with pricing pressure that’s rapidly exceeding the rate of increase for inflation, and it’s still not enough to adequately fund underground infrastructure renewal and replacement.”

For the ratepayer, that typically manifests itself in higher bills. With water revenues in many cases going down through conservation while infrastructure needs continue to grow, the only way to cover the cost is to increase rates, Clifford says. Compounding the issue, wastewater bills are typically based on water consumption, so declining water usage affects both utilities.

“If you’re a publicly run water/wastewater utility and your rates are continuously going up, your constituents are not going to be happy,” Clifford says. “But if you have a robust asset management plan and documentation as to why and how you’re making decisions, it’s going to better support the funding request.”

Some water systems are implementing smart metering and similar technologies in an effort to better track usage and detect leaks more quickly, which should save money over the long term. But the practical payback is not yet substantial, Naumann says.

“Instead of the electric grid’s metering of time of use in a day, in the water industry it’s more a matter of measuring usage in a month,” he says. “While you can sometimes detect problems in somebody’s house with smart metering that’s pinging you every 15 minutes, peak costs are typically recovered through monthly rate structures.”