Are you Paying Attention? 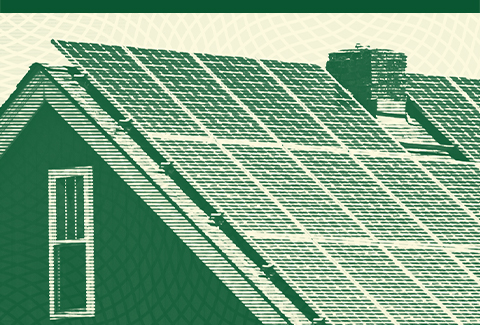 The power industry is amid sweeping changes, both in the portfolio of sources of generation and in how that energy is delivered to customers. Everyone from municipal utilities and cooperatives to investor‑owned utilities is investing in large-scale replacement and upgrades of outdated infrastructure.

Those investments — in repowering old power plants; building newer and more efficient plants; integrating ever-greater amounts of renewable power; upgrading the transmission and distribution grid for greater resilience and security; and integrating newer technologies to enhance operations and maintenance — all require significant funding. Customers want reliable power but understandably get leery when someone starts looking at their monthly energy bill.

“I’m not sure anybody knows what fair is,” says Doug Houseman, a principal consultant at 1898 & Co., a business, technology and security solutions consultancy, part of Burns & McDonnell. “Most people will cast fair in terms of what gives them personally the lowest cost.”

The reality is that energy rates reflect more than a century of ongoing subsidies and carveouts to promote specific technologies, encourage business, reduce carbon usage and promote other interests. To set a new structure for who pays, one would need to revisit the root causes of expenses as a basis to build a rate or tariff that captures those costs and bills the customers.

“I don’t care if it’s vehicles on roads, water use or wastewater treatment, or electricity and electric vehicles,” Houseman says. “Most people aren’t willing to take a clean sheet of paper and sort through all the things that actually create cost to figure out what behaviors cause those costs. It would throw away 100 to 200 years of subsidizing behaviors and technologies.”

As a practical matter, power providers are recovering some of their necessary incremental expenses as a rate rider — a limited-term charge on the bill that makes it clear and measurable where that money is going — rather than as an adjustment to the base rate, according to Adam Young, director of financial analysis and rate design at 1898 & Co.

“Municipals and cooperatives are having a very difficult time getting rate changes through commissions and boards,” Young says. “A lot of utilities are passing cost increases through in the form of a rider.”

Meanwhile, there has been some evolution in rate design structures, moving away from traditional energy-based charges.

“The biggest change in the industry now from a rate structure standpoint is the implementation of demand rates and time-of-use energy rates to more fairly recover costs from distributed generation customers,” Young says.

The intent of rate changes is to eliminate existing subsidies that are becoming a burgeoning issue with many utilities. One example is addressing solar customers.

“Current rates are volumetric. Say a customer puts a solar panel on their house and they generate and use 1,000 kilowatt-hours. They could virtually wipe out their entire bill,” Young says. “The solar customers are being subsidized by the other customers. Maybe 80% of the infrastructure costs are still there, but now the revenue is gone while the utility still has to back up that solar power.”

Solar homes might overproduce when the sun is shining and send energy out to the grid in order to pull it back later, which means those customers are treating the grid as if it’s a free storage system.

See how impact analyses factor into interconnection studies to keep customers’ power on.

“When you change the rates, the economic viability of the distributed solar project is diminished — the customers are only getting compensation for those costs they’re truly saving the utility. That’s to the benefit of customers who don’t have solar panels,” Young says.

Regulators in some states in the southeastern U.S. are reticent to do anything that will raise rates for residential customers because those states are trying to attract and retain jobs, Houseman says. Whereas in San Diego, California, in order to encourage certain behaviors, time-of-use rates mean a kilowatt-hour might cost 20 cents from 10 a.m. to 4 p.m., then triple to 60 cents from 4-10 p.m., and drop back to 40 cents overnight.

“Different regulators, different environments, different rules and reactions — it’s going to come down to not so much what’s technically possible but who’s in charge and what behaviors they want to subsidize and encourage or discourage,” Houseman says.

Consultants like 1898 & Co. are helping power providers make the most of the revenues at hand, integrating resource planning results with rate planning, Young says. Analyses of optimal solutions need to take into consideration how they will impact the utility’s financials and the customers’ rates.

“For one municipal client, we recently completed an integrated resource plan looking at reducing their overall power supply cost,” Young says. “We looked at different types of technologies to reduce power plant costs and wholesale costs, such that it could create savings that could be passed along to customers. If we save millions in power supply costs, it gives the utility the opportunity to either cut rates or use those dollars to pay for needed capital projects.”