An increase in electric reliability needs is colliding with shifting public carrier practices. Utilities are turning to private networks for more of their critical telecommunications.

Photos of an eerie blue glow in the night sky over New York City caught the attention of social media users in late December 2018. The source: an electrical arc flash caused by a transformer failure. It made for pretty pictures, but the failure — with its safety and service interruption possibilities — was a serious matter.

Electric utilities deploy extensive communications networks along their transmission and distribution lines, in part for line protection. Big high-voltage lines require end-to-end communication paths with a delay of a few milliseconds to tell both ends to open and isolate part of a line if the line hits the ground or if there’s a fault on a transmission line. If things aren’t isolated in time, extensive permanent damage can result, taking months to repair at significant cost.

Given the high stakes underlying critical communications, as well as concerns about managing future operating expenses, an ongoing shift away from public communications networks and toward investment in private networks for that backbone is accelerating.

Utilities are already the largest private network operators in the U.S., according to Matt Olson, projects director in the Networks, Integration & Automation department at Burns & McDonnell. Most still use public services for some communications, including less critical data or for remote sites where building their own infrastructure out to it is not practical.

“Traditionally, utilities have operated mobile voice networks and private microwave networks tying substations together,” Olson says. “They’ve been doing that for 40 or 50 years. In the last 10 years, they’ve been putting in advanced metering infrastructure (AMI) networks for meter reading.

“What we’re talking about now is building out field area networks to talk to all their field assets, things mounted on poles that we have to control in near-real time to maintain the stability of the power system. Once you’ve gotten rid of the big, centralized source, if you lose field control, you could have a brownout or blackout.”

Two related developments are driving the move toward private networks and away from public carriers: a focus on reliability in light of ever-changing power supply options, and a change in the public carriers’ business model.

A more dynamic grid is essential to supporting developments in areas like renewable generation, battery storage and electric vehicle charging. The more dynamic the grid, the more communications and controls are needed to make it all work together.

“If you want a more dynamic grid, you’ve got to have controls, and they generate data, which then must be communicated to be turned into actionable information,” Olson says. The control infrastructure needs to be at least as reliable as the electric grid — which is often 99.9999 percent reliable, meaning outages of a few seconds to a few minutes per year.

“The public cellphone networks are built for capacity so you can stream videos as fast as possible — they are less focused on disaster recovery and the service reliability needed to support it,” he says.

Further, the reliability of the electric grid can involve different priorities than the resiliency of the communications lines, says Dan Bayouth, a project manager at Burns & McDonnell.

“Think about an ice storm and power lines hit by tree limbs,” Bayouth says. “The electric company is going to restore the biggest lines first, to get the most people back online. Carriers have fiber hung on poles everywhere and are doing the exact same thing — they’re going to restore things that have the biggest impact. If they can get large fiber cables back up first, they get a lot of customers back online quickly.”

The utility might argue that a single circuit leading to a critical substation is important to restoring control of the grid. “The carrier has the same priority as the utility — restore large cables first — but for the carrier, those are likely not the substation communications circuits,” Bayouth says. 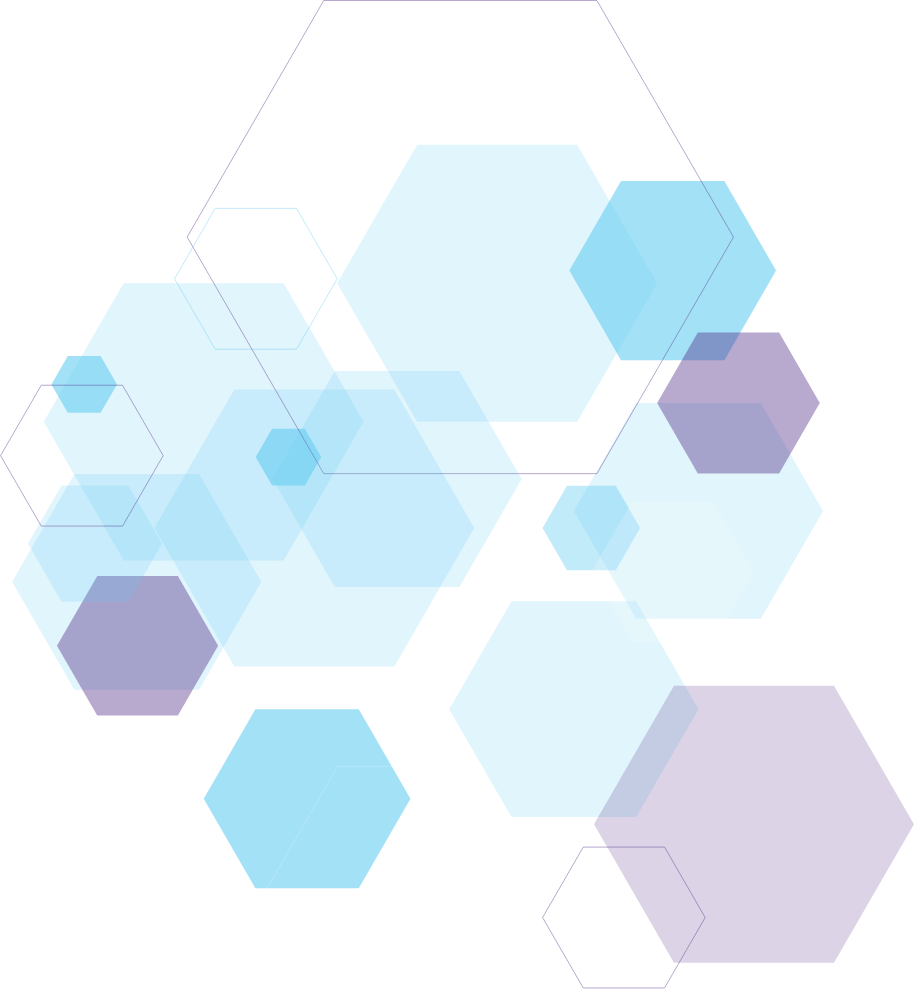 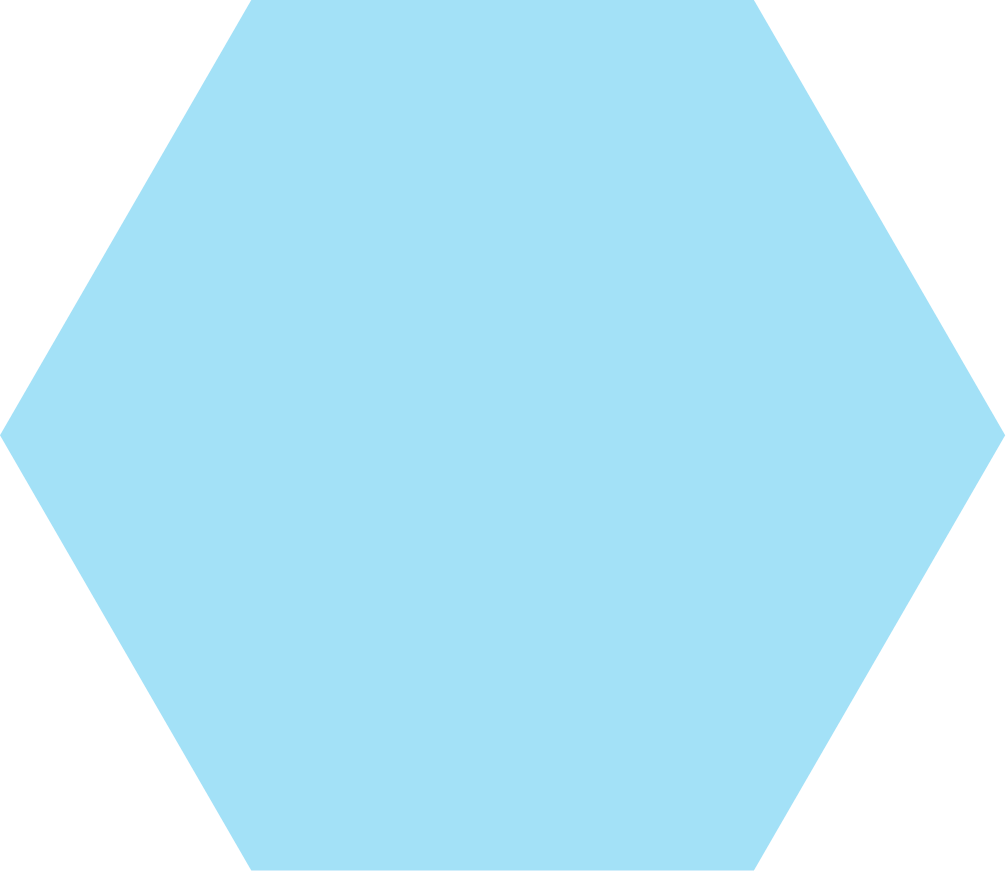 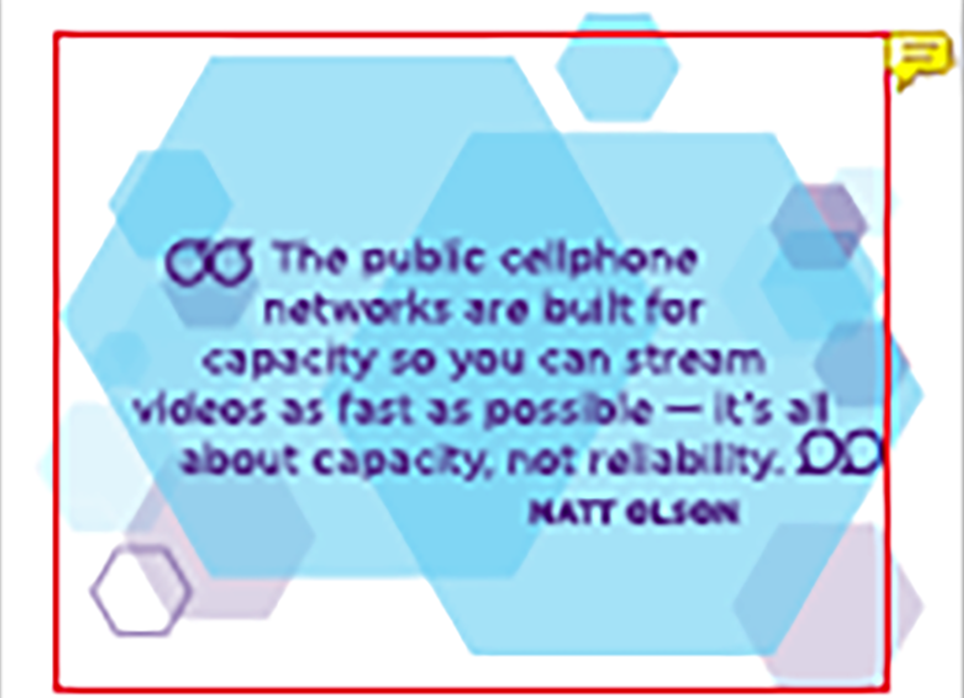 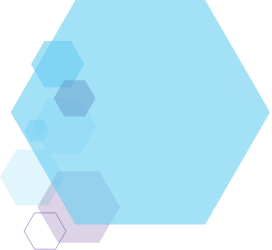 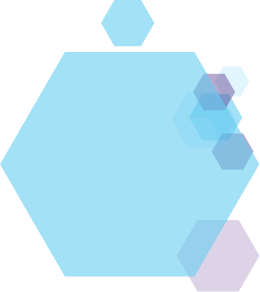 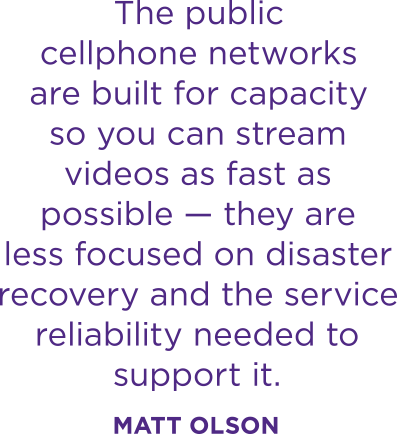 Meanwhile, public carriers used to focus on services that aligned with what utilities needed, but that is diverging as the carriers increasingly focus on their high-capacity circuits and cellular services. The public carrier business model has moved away from low-bandwidth, high-reliability circuits in favor of selling wireless service to tens of millions of customers.

“Carriers are retiring legacy service offerings and forcing the utilities to convert and purchase new circuit types, which puts them in a position where they are paying for new service offerings from the carrier and have no control over when this may change again,” Bayouth says.

Utilities are looking at those costs and deciding they can save time and money by privatizing much of those communications. The next time the carrier decides to make a technology change or retire legacy equipment to keep their operating costs low, the utility can plan and choose when to make similar changes.

“Shifting to private networks decouples them from the carrier’s technology cycle,” Bayouth says. That’s big because it moves that element under the utility’s control, also allowing it to prioritize its own repairs.

Utilities and municipalities often partner on smart city initiatives. As planning for those initiatives develops, utilities are taking a hard look at how their communications network buildouts will fit and benefit all parties.

“Some of it depends on where there is commonsense overlap with the utility,” says Dan Bayouth, a project manager at Burns & McDonnell. “The utility might own the streetlights or the controllers for the lights, and that’s an easy overlap.”

Reliable communication among the interconnected distribution assets in a smart city is critical to that functionality. The utility’s ability to support that is naturally part of its broader consideration of the relative merits of public and private networks.

“To provide the integrated services and efficiencies that we envision, we need the certainty of extremely reliable communications,” says Kyle Pynn, a department manager at Burns & McDonnell. “Given the typical density of population in those locations, obtaining reliable bandwidth at a cost-effective price is a struggle but one that can be overcome with careful, thorough planning.”

Paying the Price of Private

“How much a communications system costs is very dependent on the utility, whether it already owns its fiber-optic infrastructure and its extent, as well as how big its service territory is,” Bayouth says. “There’s a big difference between investor-owned utilities with thousands of stations versus a municipal with maybe 20 to 30 sites.”

Given the upfront expenses, utilities are not moving all their communications to private networks.

“The utility might have 3 MHz of licensed spectrum, providing 6 megabits of throughput, built out for critical controls,” Olson says. “If I want to do a bunch of data collection, maybe I need 10 megabits for that. But I don’t need to be as time-sensitive with all of that, so maybe I let that stay on the public network.”

In light of that blend, some are opting to build open standards-based private networks that can support private and public communications together.

Mobile communication has its own costs and challenges.

“With the drive to put more communication out into the distribution system, the biggest challenge right now is the lack of available, licensed radio frequency spectrum,” Bayouth says.

The Federal Communications Commission (FCC) auctions off big blocks of frequencies for lots of money, and even the biggest utilities don’t have the capital that the public carriers will invest.

“It’s a finite resource and once somebody buys it, it’s theirs,” Bayouth says. Depending on challenges with geography and incumbent users, as well as getting the FCC to rule in favor of letting them use smaller, unused or repurposing blocks for broadband data, this is another major element outside the utility’s control.

“The utility needs to spend capital on its system to maintain reliability as equipment ages,” Bayouth says. “One part of that is communications — as they privatize that, it is considered a capital cost, which they as a business can partially recover from the rate base.”

The goal is to invest in a system, increase the reliability and resiliency of the electric grid, and decrease future operating expenses at the same time. The utility will need staff to maintain a private network, but when that’s offsetting hundreds of leased circuits that aren’t getting any cheaper, the new operating costs will be lower than leasing services while achieving higher reliability.

It’s a complex world, and private networks are not a complete panacea, but shifting business models and the growth of the dynamic grid are making them an even more important part of the solution.