Energy’s Endless Options
How to Plan for Renewables

The desirability of renewable energy has increased for utilities and homeowners alike. But its popularity also has exposed a host of unknowns — for utilities, homeowners and the grid — as well as the need to look at the production and delivery of this energy from a holistic perspective.

Back in the day, limited options made for easy decision-making. A slice of cheese pizza and a scoop of vanilla ice cream would more than suffice in a ’70s pizza shop. But the food industry has since been transformed by endless options that include lobster-topped pizza and barbecue-flavored ice cream.

The energy market, traditionally a one-way grid with slow cycles of change, has followed a similar evolution, with the surge of renewable energy and distributed generation disrupting the norm.

Before intermittent renewable resources gained traction in the early 2000s, traditional energy resource planning primarily focused on the lowest cost of electricity. And its formula was fairly straightforward: Determine the cost to install a power plant with a life expectancy of 30-40 years, the cost of fuel to operate it and how often it would be dispatched. The biggest variable was figuring out how much fuel would cost over the next 20-30 years. This was before renewable energy resources emerged on the scene.

Roughly 13 years ago, the cost for wind power started to drop significantly, thanks to a boost from federal tax credits, garnering attention from developers and utilities. Then, in 2010, solar photovoltaic costs began a rapid descent — what was $4 per watt in 2014 is now projected to be 70 cents per watt by 2020. But wind and solar generation don’t always align with customer demand, meaning renewable penetration will produce diminishing returns if a viable storage market or other source of backup power supply fails to emerge.

Enter lithium-ion batteries. Coincidental to the rise of renewables, Tesla has helped propel the electric vehicle (EV) market, driving innovation and cost reductions in lithium-ion battery (LIB) technologies. Since 2012, the global LIB manufacturing boom has reduced prices by 70 percent, according to IHS Markit. As prices are projected to continue to decline, the global deployment of these batteries, as stated in a recent report by GTM Research, is anticipated to grow by 55 percent each year for the next five years.

In California and Hawaii, utilities have started to feel the heat from solar’s rapid popularity increase and strong renewable policy mandates. Generation planners now have to account for abrupt power supply transitions (as evident in the duck curve). This requires closer integration with transmission planners, more outreach with ratepayers, and more focus on flexibility rather than simply determining the lowest-cost peaking capacity.

“Integrated resource planning is being redefined,” says Megan Parsons, development manager for renewable energy projects at Burns & McDonnell. “Some states are requiring more engagement with their customers during the integrated resource plan development, including a rigorous evaluation of distributed generation resources. There’s a real need to look holistically at transmission and distribution planning when preparing for generation as well, but there are really no widely established best practices in how to do that. There aren’t any rules of the road, so the entire industry is starting to look at the early adopters.”

But even they don’t have all the answers yet.

In July 2017, American Electric Power (AEP), an Ohio-based electric utility that plans to add more than 3 gigawatts (GW) of solar and more than 5 GW of wind power capacity to its portfolio by 2030, announced a plan to build the largest U.S. wind farm in the western panhandle of Oklahoma. Dubbed the Wind Catcher, this 2,000-megawatt (MW) project was slated to provide 9 million megawatt-hours of wind energy annually to customers in Arkansas, Louisiana, Oklahoma and Texas. 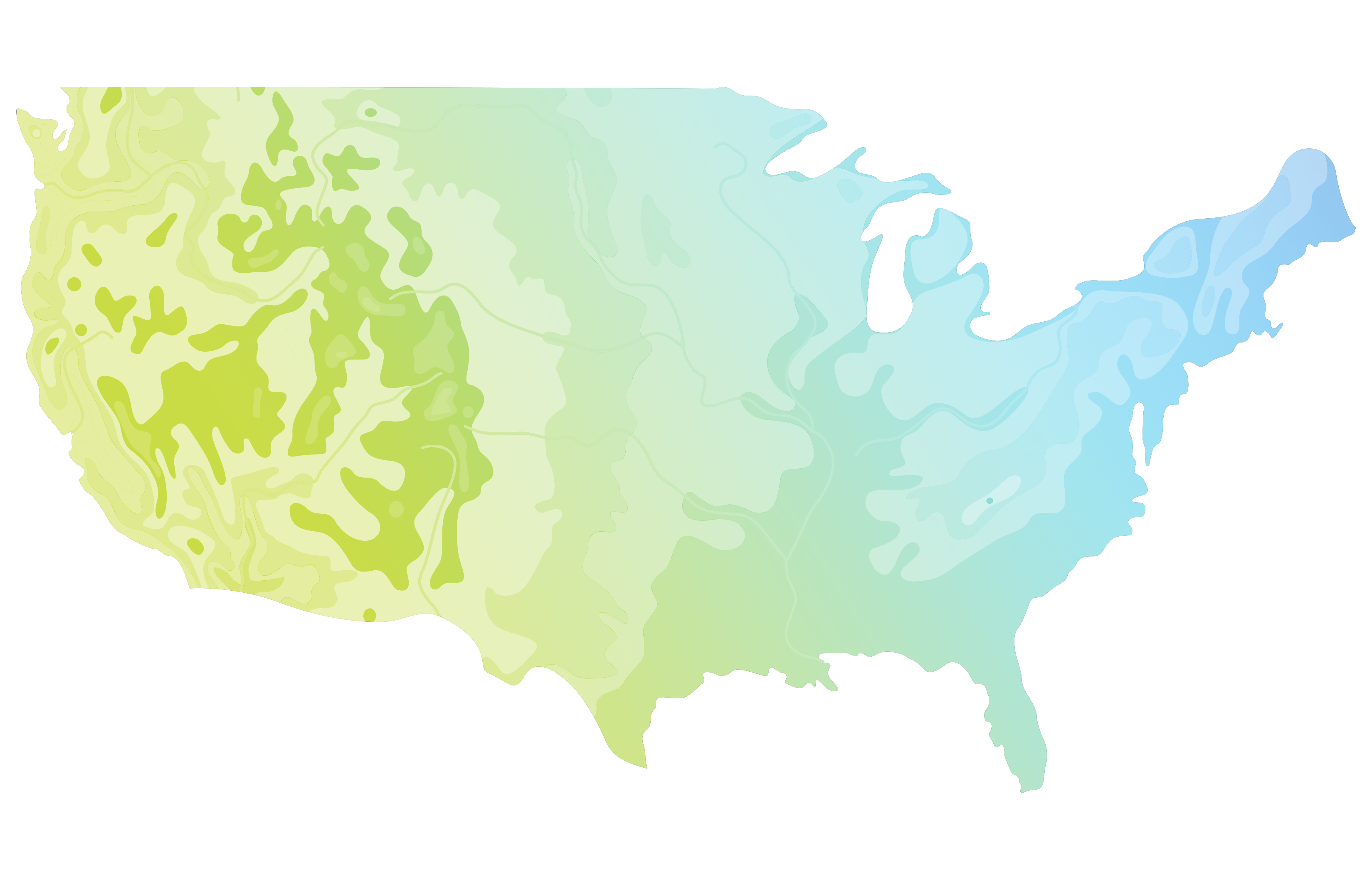 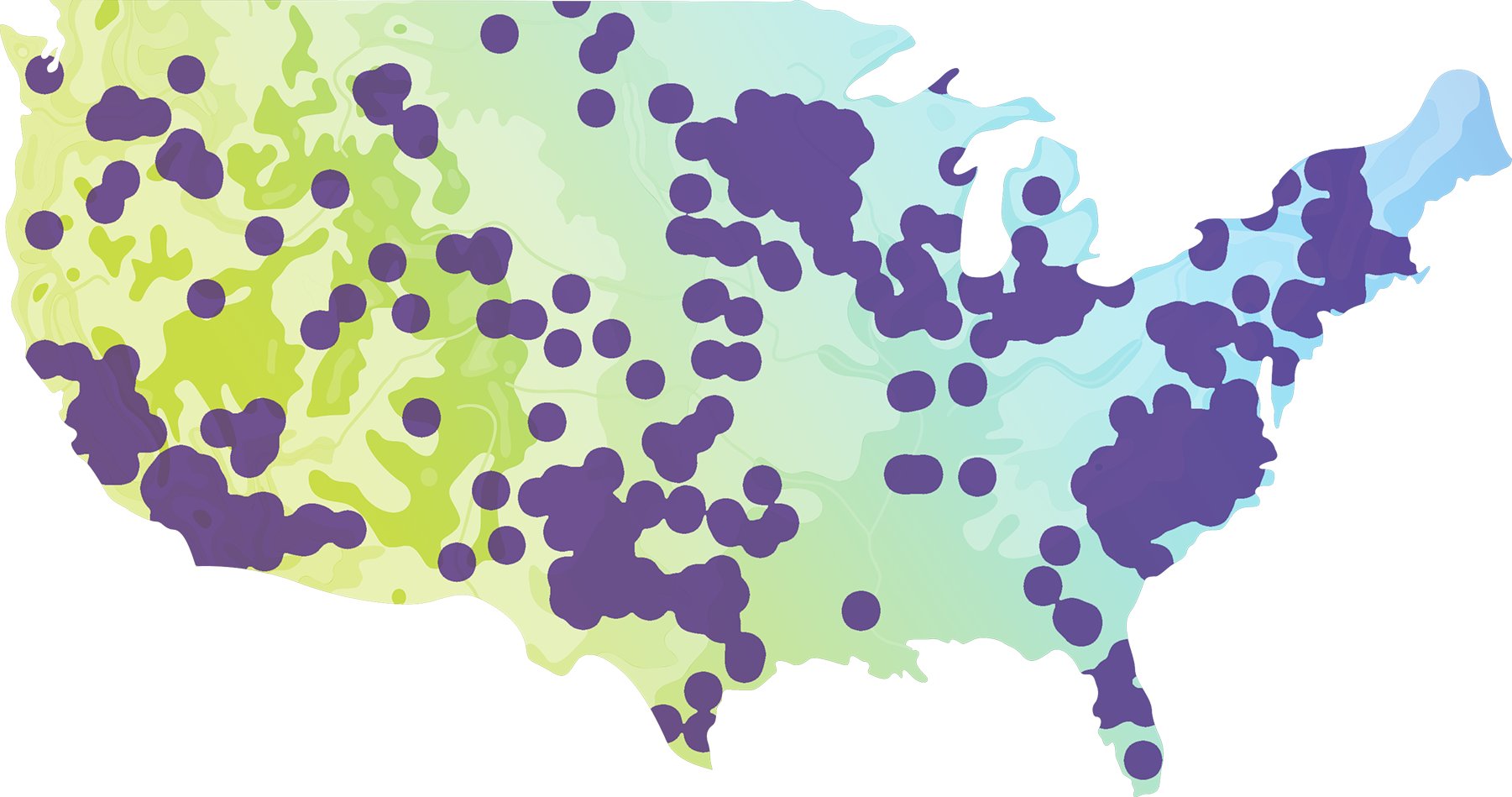 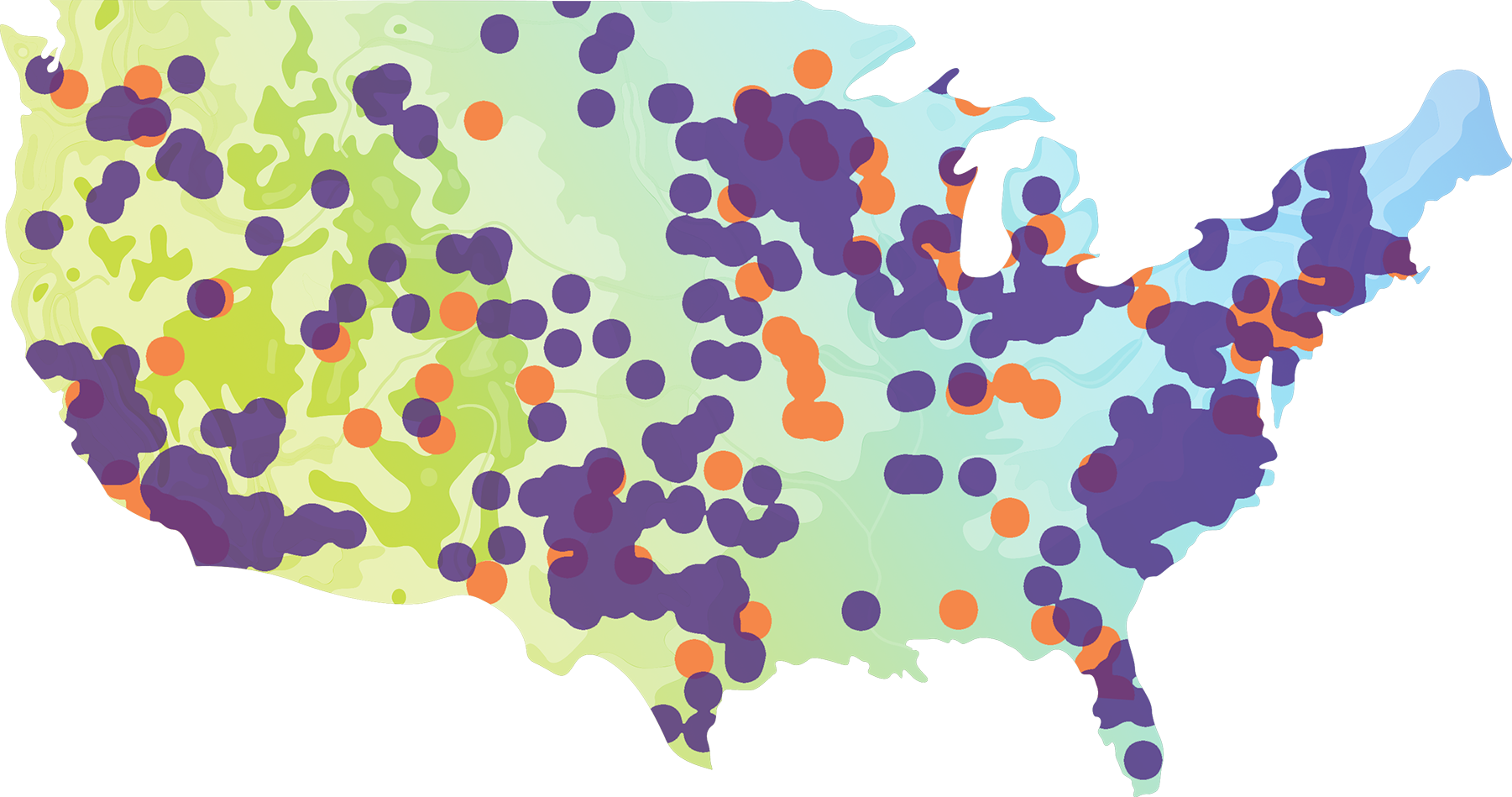 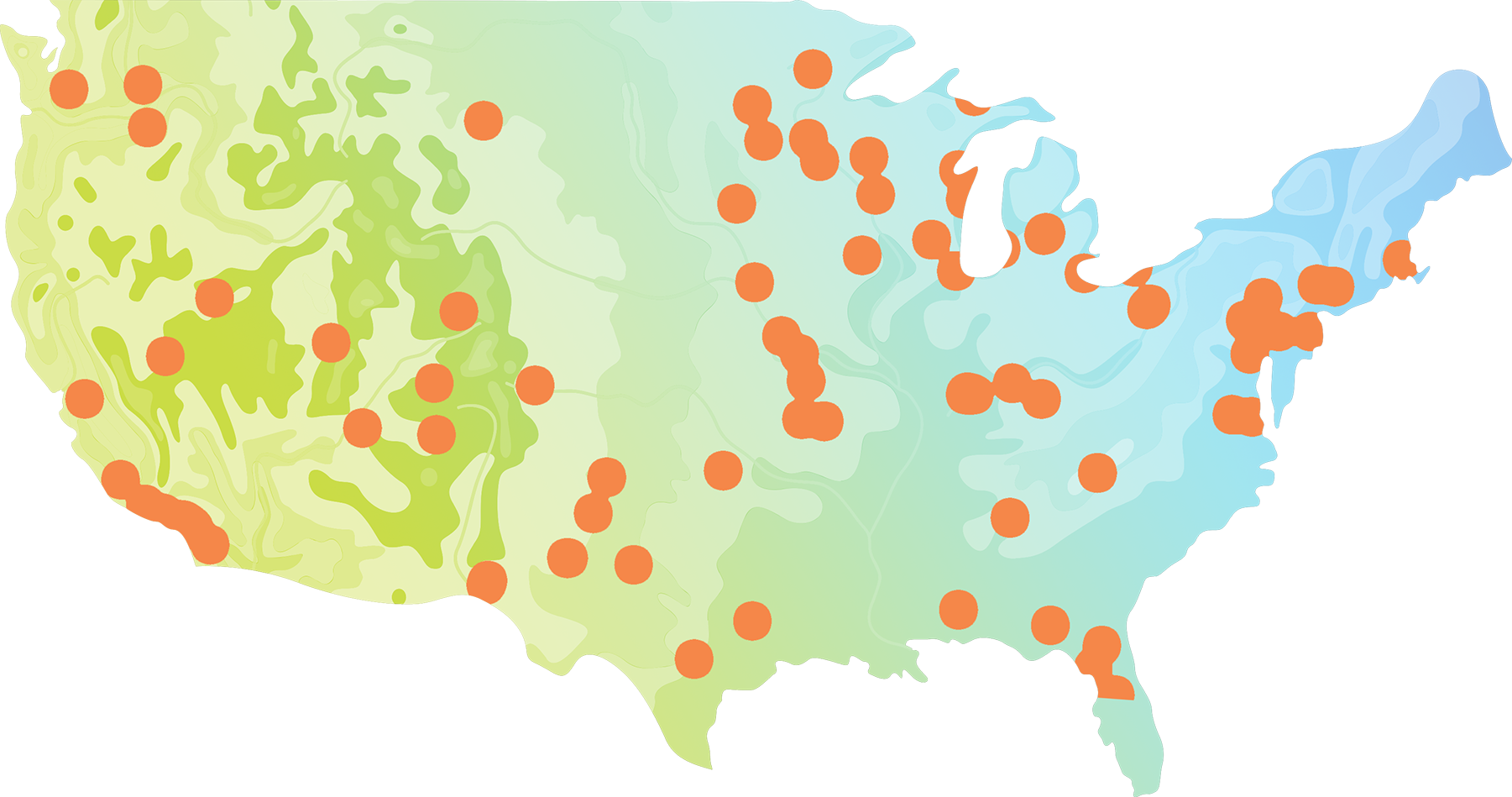 Conventional generation plants are retiring, and renewable generation is popping up, but not always within the same geographical area, one of many challenges in the new energy market.

“Where generation is, you would assume the load is, too, but we’re not putting it (generation) back in the same spot,” says Josh Crawford, a senior electrical engineer at Burns & McDonnell. “We’re putting it in other places, so the grid is going to be totally different in the next 10 years.”

But its $4.5 billion price tag, including a lengthy 350 miles of transmission line needed for delivery to end users, might not have fully covered the trade-offs in costs between power production and delivery. In July 2018, the Texas Public Utility Commission rejected the project, citing a lack of benefits for ratepayers.

“We can’t just be focused on busbar cost anymore; we have to look at delivery cost as well as the value of location in this new power supply equation,” says Matt Lind, a project manager and business line lead for resource planning and market assessments at Burns & McDonnell. “Economies of scale captured with large central stations have made the most sense in the past, but in the new utility model, there’s a lot of locational value to be unlocked in bringing more renewables and power supply to a system.”

How has integrated resource planning (IRP) been redefined?

Gone are the days of independent generation and transmission planning. Today’s all-inclusive strategy considers generation, transmission and distribution systems in relation to each other. It requires knowledge of economic growth, emerging technologies, potential policy changes, future customer behavior, disruptive trends and global impacts. It also outlines various business scenarios, the statistical analysis of each, and a portfolio of resources that performs well under each scenario.

“Utilities need to plan for flexibility in their IRP to give them time to investigate reliability impacts, etc., on transmission and distribution systems,” Lind says, “as well as identify potential congestion impacts at that same time.”

Ready to start — or redefine — the planning process? Lind, who helps clients create and manage their IRPs, knows a little something about resource planning and market assessments.

When it comes to diversifying an energy portfolio, renewable energy options are appealing, and for good reason, but their intermittency remains a significant concern. When the sun isn’t shining and the wind isn’t blowing, it’s not as simple as just flipping a switch for instant power. And with technology rapidly changing, a plant built to last 30-plus years is at risk of being underwater when it quickly becomes outdated.

“No single technology, at this point in time, does everything we need,” says Josh Crawford, a senior electrical engineer at Burns & McDonnell. “Within the new energy landscape, we need to look at hybrid solutions because, with all these alternative generation sources, the economics are completely different, and none provide the same level of support to the grid.”

Because of the intermittency of solar and wind, policymakers are encouraging utilities to include storage in their integrated resource planning. But it’s difficult to go all-in without specific regulation around how energy storage facilities will be compensated. Planners can’t wait for regulation to be finalized, energy storage costs to further decline, or technology risks to be realized through research and development or pilot programs. In the meantime, as aging fossil fuel plants are retired, electric utilities are turning to a more efficient fossil fuel: natural gas.

Much like wind and solar, natural gas is abundant and cost-effective, but it also checks the boxes for grid stability and reliability. The U.S. Energy Information Administration’s 2018 Annual Energy Outlook forecasts natural gas consumption will continue to increase, maintaining its rank as the primary energy source for electricity generation for at least the next decade. This report went on to state that approximately 13 GW of coal-fired capacity will have been retired by the end of this year.

“One thing we’re doing during the integrated resource planning process is helping utilities realize the economic benefit of faster-response, gas generation technologies,” Parsons says. “In some markets, smaller aeroderivative and reciprocating engine technologies are attractive because they have a small footprint, can quickly respond to load demand, and can be placed near load pockets to offer highly reliable capacity.”

Denton, Texas, can attest to their quick reaction time. Burns & McDonnell performed engineer-procure-construct services for a 225-MW natural gas-fired reciprocating engine facility. The project was a unique fit for one of the firm’s direct-hire construction subsidiaries, AZCO. With 12 independently dispatchable engines, this flexibility will provide stability as Denton Municipal Electric adds wind and solar power to its energy portfolio to achieve a goal of 100 percent renewable energy by 2020.

Low-cost, high-efficiency gas is an important component as the grid transitions to renewable energy, keeping reliable power flowing to customers, Parsons says. There have been great strides within the gas turbine market, increasing efficiency, reducing emissions and lowering cost for reliable gas generation. The already highly efficient gas turbines can follow load demand much more effectively and efficiently than they could just 10 years ago.

Natural gas, as a widely available, cost-effective commodity, is likely going to be a critical piece to the nation’s energy matrix for years to come, but it’s far from the only option that can handle the intermittency of renewables. Technologies continue to emerge, and some utilities have latched onto static VAR compensators (SVCs), static synchronous compensators (STATCOMs), capacitor/reactor banks, flywheels, and battery or pumped storage. But as newer technologies, all offer pros and cons.

What About Synchronous Condensers?

When looking at hybrid solutions for balancing the intermittency of solar and wind, Josh Crawford, a senior electrical engineer at Burns & McDonnell, suggests looking at a reactive power support option that’s making a comeback: synchronous condensers.

“The idea of synchronous condensers has been around since the 1950s, but they haven’t been in common use because we didn’t need them in the old energy paradigm,” he says. “Generators provided all the support.”

But times have changed.

A synchronous condenser is a DC-excited synchronous machine that makes use of increasingly plentiful renewable power to overcome mechanical losses, converting that energy into much-needed reactive power, inertia and system short-circuit current. These services are essential for everything from charging transmission lines to starting large motors, riding through faults, and enabling the proper operation of critical protection devices on distribution lines to consumers.

While roughly a dozen plants have been converted to synchronous condensers in the U.S. within the last decade, Crawford sees a growing trend toward the adoption of this technology as a critical stopgap in the grid’s evolution. In just the last couple of years, he has been involved in project definition reports involving more than a dozen units.

“Right now, globally, we have 6.6 terawatts (TW) of capacity,” says Joey Mashek, a business unit manager at Burns & McDonnell. “If the entire globe were to transition to 100 percent renewable power, it’s projected that we would need to quadruple our capacity to 28.7 TW. And it’s not just changing and building out renewables, it is completely changing our generation mix. For us to move toward a renewable future, we will need more flexible generation.”

Whether it’s a large wind farm or solar panels on a residential roof, renewables are making a profound mark on the energy landscape — although no one knows yet what to do with recycled batteries or scrap solar, Lind admits. But what is known is that the range of potential options associated with renewable energy is shaking up the energy market as it exists today.

“Renewables have been cost-effective coming into the grid, especially in large, regional wholesale markets,” Lind says. “As large baseload plants retire, the fundamental generation mix in these regional markets can and will change.”

If it’s in the direction of significantly more renewables, it’ll be best practice — and financially worthwhile — to have a robust integrated resource plan in place, one that provides electric utilities with a holistic view that includes energy’s endless options.

Hawaii has big plans to use renewable resources for 100 percent of its power generation by 2045, while California has committed to 100 percent carbon-free generation by the same time. As states up their renewable games, so, too, are Fortune 500 companies. Click here to see which businesses are setting ambitious goals of their own.