The Park Creek Station Wetland Mitigation Bank site was selected because we believe there is an excellent and unique potential to improve wetland, riparian and stream functions on a site with significant natural, cultural and open space values. Located where Park Creek punches through the Park Creek Hogback, the site has excellent restoration potential of wetland, riparian and stream resources of the type that are increasingly scarce along the northern Front Range, where most streams of this sort no longer have their natural flows or follow their natural stream course.

The establishment of Park Creek Station is expected to result in:

The Indiana bat inhabits caves and forests of the eastern and midwestern U.S. and has been federally listed as endangered for nearly five decades. The northern long-eared bat is a similar species that uses caves and forests in much of the eastern and midwestern U.S. and was federally listed as threatened in 2015. Currently, nearly one-third of the global Indiana bat population hibernates in an abandoned mine in Hannibal, Missouri, known as the Sodalis Nature Preserve. Northern long-eared bats hibernate in small groups in caves, mines and rock crevices scattered throughout Missouri, Iowa and Illinois. Upon emergence from hibernacula in the spring, these species migrate to establish summer maternity colonies in suitable habitats throughout northern Missouri, southern Iowa and western Illinois. The concentration of Indiana bats and northern long-eared bats in this tri-state area presents significant opportunities to benefit these species within their entire range through summer maternity habitat preservation and long-term management.

The Chariton Hills Conservation Bank is protecting and managing over 1,300 acres of summer maternity habitat in Schuyler and Adair counties in northeastern Missouri. 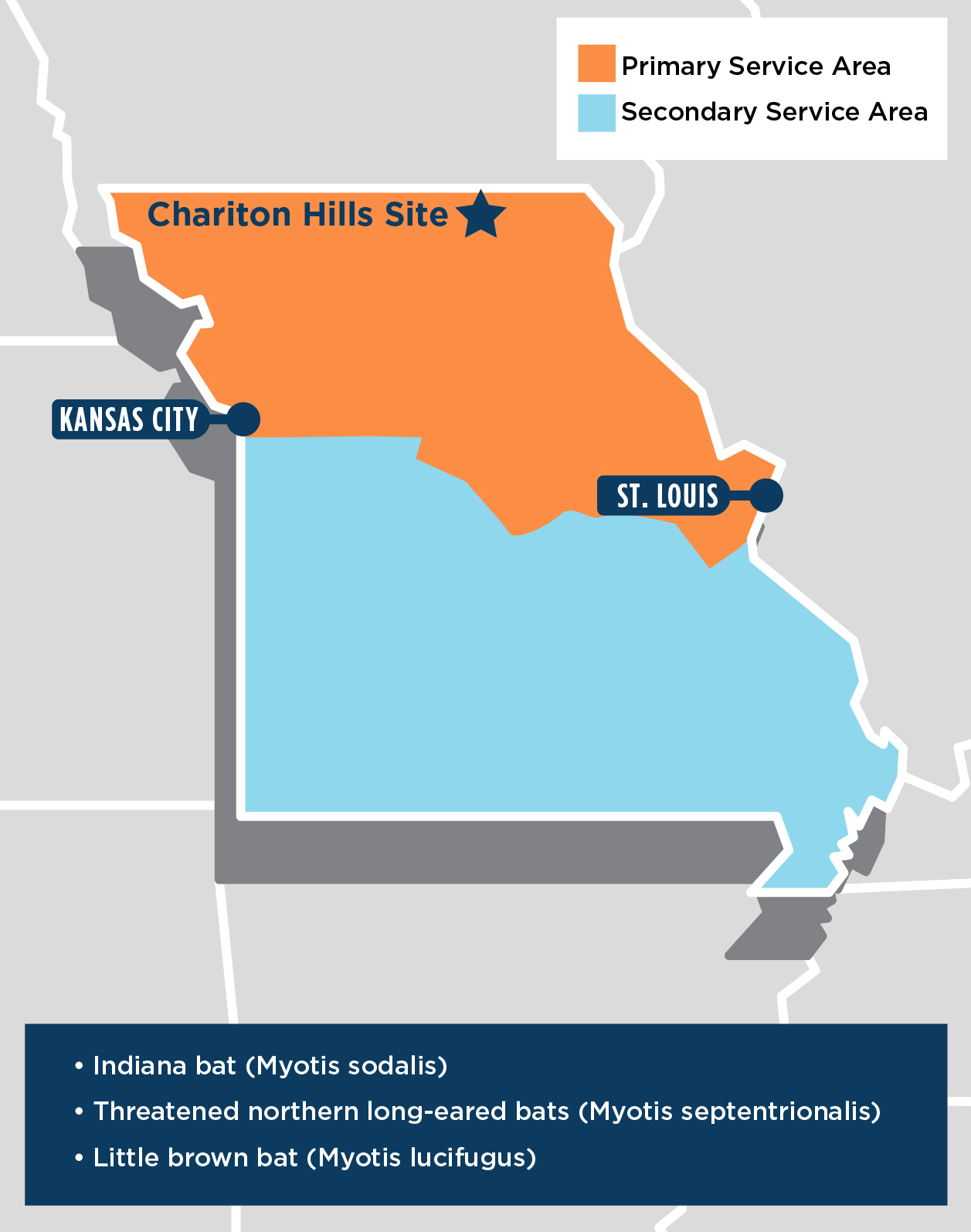 Interested in learning more about the Chariton Hills Conservation Bank and the mitigation credit types available? Please submit this form with your contact information and any relevant details, and we will respond promptly to discuss your needs.