Surging Ahead with Fluid Delivery

The Akron, Ohio-based utility is plugging into program management to keep its ambitious portfolio of projects on time and within budget.

“With more than $8 billion in investments planned between 2014 and 2021, we knew we’d have a significant amount of work to complete — more than our internal resources could accomplish alone,” says Mark Mroczynski, vice president of construction and design services for FirstEnergy. “To ensure our program was completed in an efficient and cost-effective manner, it was important to partner with a company that had experience planning and constructing large-scale transmission projects.”

Through its Energizing the Future program, FirstEnergy is modernizing its “electric superhighway” of high-voltage lines and substations. With its electric transmission system built over half a century ago, significant upgrades were required to modernize and enhance its performance. FirstEnergy focused on hardening transmission facilities, enhancing security and reducing future maintenance costs by retrofitting its system with new, smart technologies that respond to today’s operational demands and remain flexible for tomorrow’s growth.

“This isn’t just a project — it’s a strategic partnership,” says Joe Leggio, a vice president in the Transmission & Distribution Group at Burns & McDonnell, who has worked with FirstEnergy for decades. “With processes developed specifically for FirstEnergy, we took a fully integrated approach that leveraged their best skills and abilities along with ours to achieve the highest level of output.” 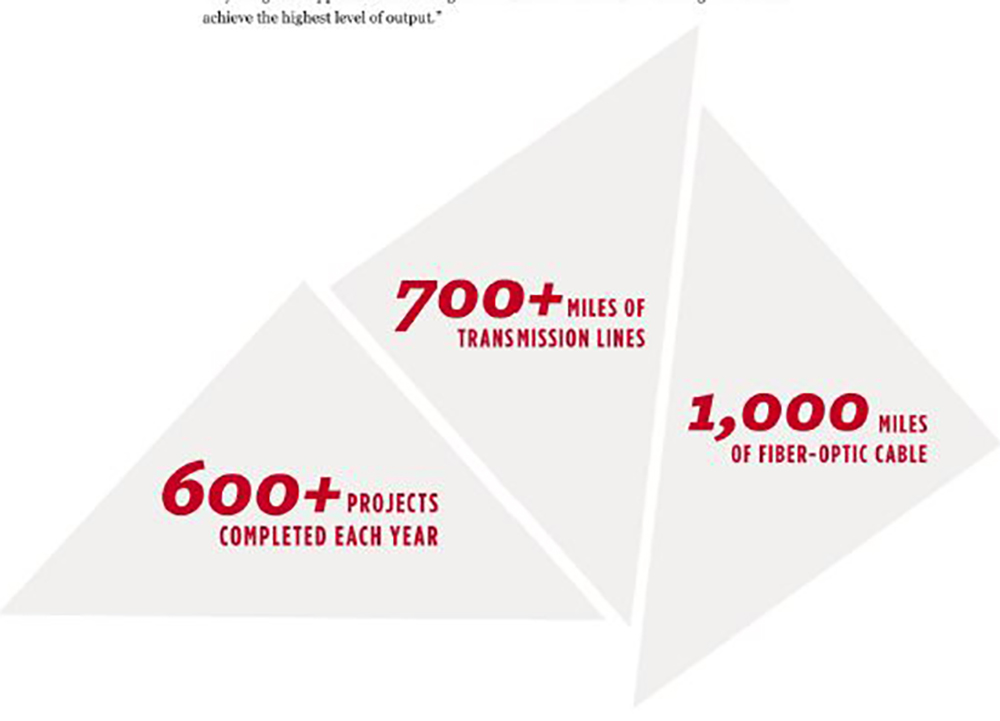 Common to programs with hundreds of disparate projects over several years, portfolio management quickly became a core aspect of this work, bridging the gap between strategy and implementation. Using tools like Oracle Primavera Unifier Management and Primavera Portfolio helped keep tabs on the schedule and spending. After experiencing the productivity of such tools, FirstEnergy purchased these programs and is now training staff on how to best leverage these technologies.

Since the start of Energizing the Future, FirstEnergy has completed 600-700 individual projects each year, achieving a more than 50% reduction in transmission equipment-related outages in areas covered within the program. More than 700 miles of transmission lines have been rebuilt or replaced, and 1,000 miles of new fiber-optic cable have been installed. At every opportunity, FirstEnergy utilized local firms to support the initiative’s large-scale workload.

FirstEnergy also created the Center for Advanced Energy Technology, one of the most comprehensive technology testing and training facilities in the country, which will help FirstEnergy keep its grid flexible and dynamic to accommodate emerging technologies.

“Energizing the Future is an essential part of FirstEnergy’s efforts to build smarter, more secure energy infrastructure that will benefit customers by reducing the frequency and duration of power outages,” Mroczynski says. “Our team is focused on completing this effort in a safe and efficient manner to ensure a stronger, more resilient grid now and in the future.”

Read about how FirstEnergy is integrating new management tools.