BY Alex Wampler
Pilot projects provide valuable proofs of concept for costly large-scale water treatment infrastructure. With design-build project delivery, construction often begins before final regulatory design approval can be secured — and a flexible approach to pilot design and execution is essential. An experimental pilot methodology, backed by proactive collaboration with regulators and community key parties, is critical to success.

The long-term health, well-being and economic vitality of local communities can hinge on the successful execution of drinking water infrastructure projects. These projects require complex engineering, which can vary widely depending on local water quality and regulations, and they require securing buy-in from community key parties and regulators alike (even as regulations shift midproject).

In this context, pilot projects play a vital role in bridging the gap from design to full-scale infrastructure. An effective pilot study provides a proof of concept at a far more economical scale than a full-scale study. An accurate working model of a proposed design can help validate engineering decisions, provide testing data for achieving regulatory compliance, and generate invaluable operational know-how.

The long-term health, well-being and economic vitality of local communities can hinge on the successful execution of drinking water infrastructure projects. These projects require complex engineering, which can vary widely depending on local water quality and regulations, and they require securing buy-in from community key parties and regulators alike (even as regulations shift midproject).

In this context, pilot projects play a vital role in bridging the gap from design to full-scale infrastructure. An effective pilot study provides a proof of concept at a far more economical scale than a full-scale study. An accurate working model of a proposed design can help validate engineering decisions, provide testing data for achieving regulatory compliance, and generate invaluable operational know-how.

The flexible, experimental approach tested in a pilot is an established way to balance cost with results. The benefits of such an approach are evident when exploring a concrete example:
Burns & McDonnell helping the city of Wichita overcome a key regulatory hurdle as part of a successful pilot for a critical municipal water filtration project.

An effective pilot project provides a small-scale proof of concept that bridges the gap from design to construction of a full-scale solution. A smaller-scale plant that accurately models the engineering and economics of the final design can generate incredibly valuable data by working to treat the actual local water supply over a set period (pilots can range in length from around a month to over a year). The data generated by a treatment plant developed as part of a pilot project can help validate engineering choices, compare technology alternatives and evaluate water treatment outcomes under realistic operating conditions.

The Challenge: Critical Work Without an Established Road Map

A pilot testing study should seek to maximize the amount of valuable, relevant data generated while minimizing the cost and resources consumed. There is no set road map, however, to this end goal. Pilot projects must strike a careful balance between generating meaningful data and conserving financial and operational resources. Because there is not always a textbook solution for treating a given water supply, an experimental approach is often the optimal way to find this piloting balance. Pilot managers must collaborate with regulators and clients to work toward an acceptable experimental design that can produce reliable data to assess the feasibility of a proposed water treatment process design.

Pilots often do not proceed smoothly in the initial stages. Troubleshooting is a necessary part of piloting, and patience is mandatory. A well-designed pilot should soon begin generating the knowledge needed to determine the efficacy of a design and determine regulatory approval. The proper approach is to embrace the experimental nature of piloting testing, standing ready to dynamically alter plans as new data is generated.

A design-build project delivery approach is often an optimal fit for projects that require a pilot. Keeping design and construction teams under one roof can help streamline communication, creating a single point of contact for any and all issues related to the project.

Integrated design-build services are valuable for not only pilots but entire infrastructure projects. Enhanced coordination and faster project timelines help lock in budgets, providing far greater cost certainty. In a this case study, learn how a design-build approach was leveraged to execute one city’s major water system upgrade within a fixed $31 million budget.

With design and construction capabilities working together, an integrated design-build team is positioned to begin construction while staying ready to pivot the design at a moment’s notice. This flexibility is a good match for the fluidity of water pilot projects, which may require design, construction and project management personnel to coordinate a timely response when regulations change, community requirements shift, or initial performance data appears unsatisfactory. A pilot project for the city of Wichita vividly illustrates why this flexible approach is so crucial.

Burns & McDonnell recently managed a pilot study for the city of Wichita, Kansas. This pilot study was performed concurrently with the ongoing construction of a new full-scale water treatment facility, one of the largest infrastructure projects ever undertaken by the city. With a growing population depending on an 80-year-old treatment facility, this project was truly critical to the long-term health and economic growth of the local community. The future of the city’s water supply would depend on a successful outcome, ratepayers would be directly impacted by the economics of the proposed solution, and the city could not afford to fail.

Under such high stakes, a municipal water infrastructure project requires careful attention to both local regulations and engineering opportunities to be successful. As part of an in-depth value engineering (VE) phase, the design team identified increased filter loading rates as a design choice capable of reducing physical footprint, accelerating construction schedule and ultimately reducing project cost. The resulting design change allowed the team to reduce the overall number of filters from 20 to 16. This design could save the client $15 million on its capital budget, with an estimated $6 million in annual operational savings.

An initial review of local regulations suggested that regulatory approval would require a pilot project. Kansas Department of Health and Environment (KDHE) regulations stipulated that a dual-media filter could only receive a loading rate of 4 gallons per minute per square foot (GPM/SF), compared to 5 GPM/SF in the proposed design. KDHE said the higher rate could be approved if a pilot study demonstrated the filter design’s ability to successfully and consistently filter water to regulation turbidity levels. The team was confident in the designed loading rate and moved forward to perform a filter pilot study using the same filtration media and loading rate specified in the final design. Due to the design-build nature of the project, the pilot study was able to be performed at the same time as construction to keep the construction phase on schedule.

Turbidity is the measure of relative clarity of a liquid — a vital characteristic of drinking water, measured in Nephelometric Turbidity Units (NTU). Highly turbid water appears cloudy or murky, and often exhibits a noticeable odor or taste. Turbid water is caused by a mix of soil, clay, organic and inorganic compounds, and microorganisms. The U.S. Environmental Protection Agency mandates that filtered drinking water must have a turbidity less than 0.3 NTU.

For the filter pilot apparatus, the design team utilized a pre-engineered skid provided by a technology partner. This equipment was supported by establishing experimental parameters, operating the filter skid for the duration of the pilot, troubleshooting any issues encountered with the skid apparatus, and conducting an analysis of all data collected during the pilot. The team worked with KDHE to develop acceptable parameters capable of producing reliable results that regulators could feel confident using as a basis for study approval. To demonstrate that the proposed filter design was effective, the filter pilot was required to successfully process water in a worst-case scenario for a continuous 30 days. For the purposes of the study, the worst-case scenario was defined as an unfiltered water stream at low seasonal temperatures with a turbidity of 2.0 NTU or higher.

As the team began executing the pilot project itself, flexibility was essential. Burns & McDonnell needed to fix any equipment that broke — like when highly turbid water began to clog pumps — while providing 24/7 monitoring for processes that would be continuously running for the 30+ operational days that state regulators required of the pilot study. Key factors analyzed as part of this design and pilot project included:

Ultimately, this pilot successfully demonstrated that the proposed dual media filtration design was capable of supporting the required flow rates. This back-and-forth collaboration with state agencies is emblematic of pilot projects. KDHE did not have any set rules in place for pilot testing; the Burns & McDonnell team was responsible for developing the experiment parameters, which would be presented for approval. The pilot itself needed to be designed to allow KDHE to feel confident in the collection of meaningful, accurate and objective data.

In general, state regulators and other supporting agencies continue to modify rules for what constitutes an acceptable pilot project. These moving regulatory targets are precisely why it’s so important to establish a true partnership with relevant state agencies, soliciting soft opinions and feedback long before the pilot is formally evaluated.

While the regulatory impetus for the Wichita pilot project was unique to its geography, this issue is broadly representative of the dynamic, iterative work that goes into any successful pilot project. The Burns & McDonnell team’s experience with a broad variety of water treatment projects confirms that tight ongoing cooperation among interested parties, project managers, designers and construction teams supports staying agile and responsive as a pilot study is planned and executed.

Water pilot projects represent a paradigmatic case where construction begins before final regulatory approval can be secured, and it is pragmatic to expect the unexpected. With this challenge in mind, integrated design-build capabilities carefully account for local regulations and stand ready to pivot without blowing past project timelines or budgets. Ultimately, the flexibility of a design-build team drives shortened project delivery timelines while better serving the client and community. 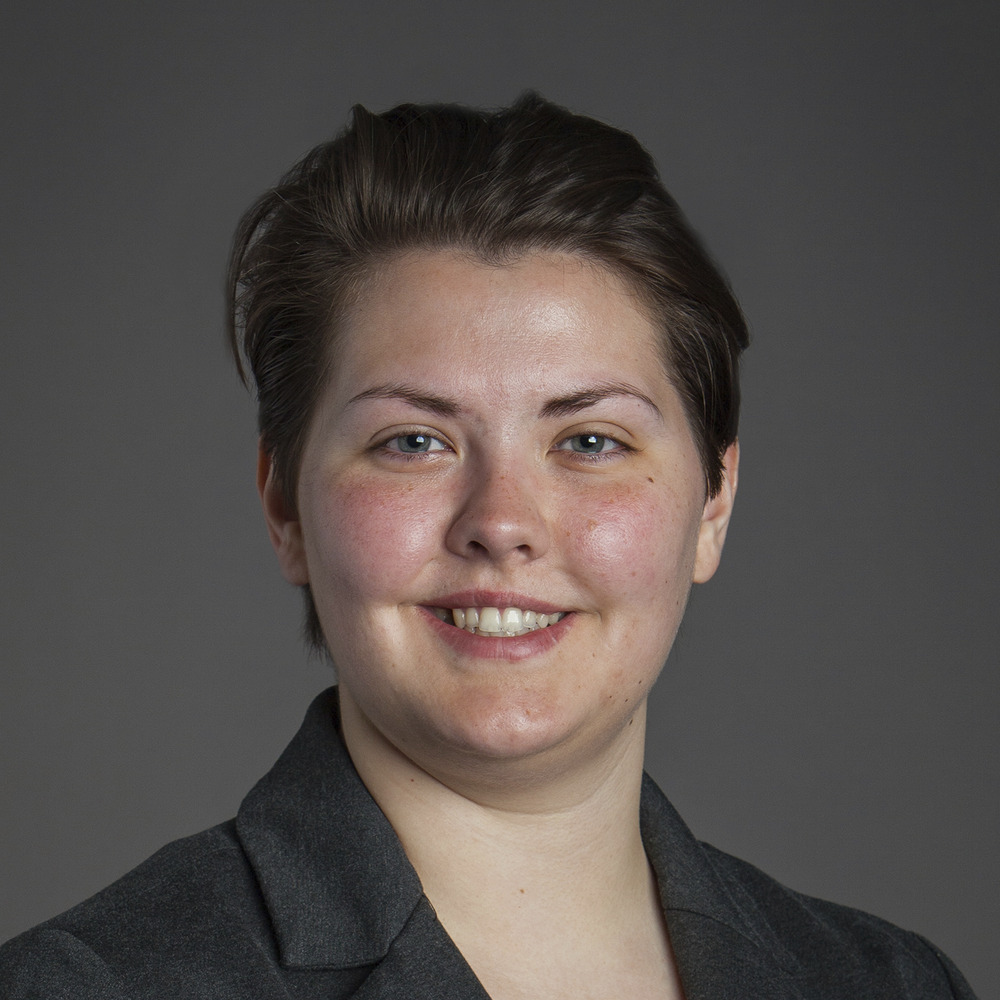