Containing the Costs of Stray Current

BY Tyler Laughorn
DC interference and stray current corrosion could be damaging your metal assets. This common problem for utilities and the oil and gas industry often goes unnoticed by operators and leads to unexpected expenses. The risks caused by DC interference are important to identify and understand for addressing underground corrosion problems.

WHAT IS DC INTERFERENCE?

Direct current (DC) interference is caused by stray current flowing through the earth, and it can result in significant damage to nearby buried metal assets. The current can take unintended pathways, especially in soil where nearby metal may serve as the path of least resistance. If the stray current goes unnoticed, it can present a safety hazard for people nearby and lead to shocks or worse.

Cathodic protection (CP) is a common technique used to control corrosion of buried metal assets. However, if not properly implemented, a CP system could cause corrosion on other nearby assets due to stray curent, or it could be rendered ineffective by other sources of DC current.

WHAT IS DC INTERFERENCE?

Direct current (DC) interference is caused by stray current flowing through the earth, and it can result in significant damage to nearby buried metal assets. The current can take unintended pathways, especially in soil where nearby metal may serve as the path of least resistance. If the stray current goes unnoticed, it can present a safety hazard for people nearby and lead to shocks or worse.

Cathodic protection (CP) is a common technique used to control corrosion of buried metal assets. However, if not properly implemented, a CP system could cause corrosion on other nearby assets due to stray curent, or it could be rendered ineffective by other sources of DC current.

Anytime current flows off a metal asset, corrosion occurs. This typically happens as part of an electrochemical cell where one piece of metal is oxidized (the anode), and current flows from that anode to another piece of metal, which is protected (the cathode). When buried in the soil, a metal asset may act as an anode and start to rust (See Figure 1). Cathodic protection works by forcing that metal asset to become the cathode in the electrochemical cell. This is achieved by connecting the metal asset to an anode that is intentionally designed to corrode slowly over time. In this way, the anode protects the metal asset. 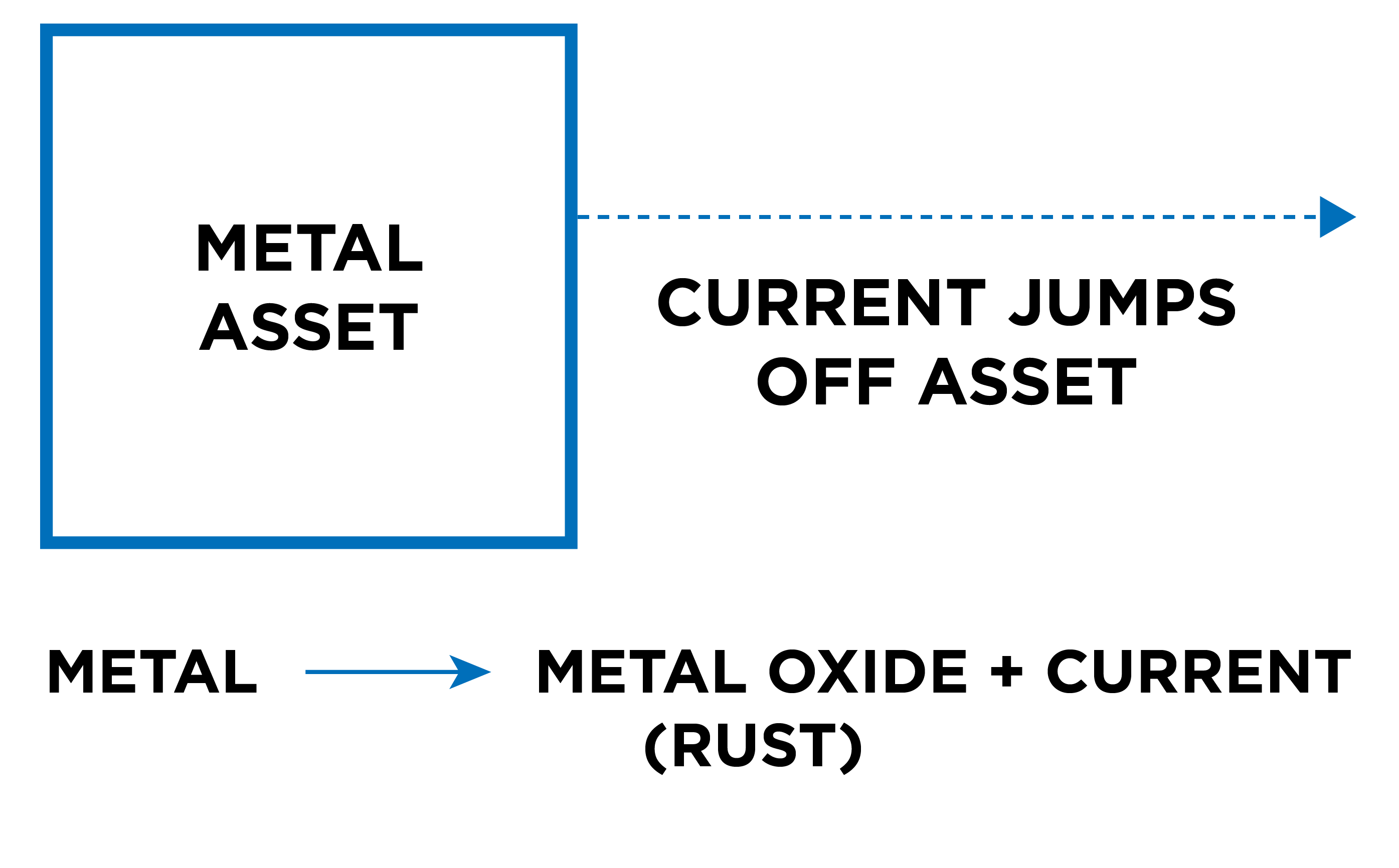 Figure 1: Current jumping off a metal asset will cause corrosion.

In an impressed current CP system, current is intended to flow from a current source (such as a rectifier) to an anode, through the soil to the metal asset, and then back to the current source. However, that current may take a stray path while in the soil, and some of it may jump onto an unintended asset, then jump off of that asset at a different location, before continuing on to the correct asset to complete the circuit. At the location where the current jumps off the unintended asset, stray current corrosion will occur, shortening the life span of that asset (See Figure 2).

DC interference may also limit the effectiveness of a CP system. If CP current is jumping onto another nearby metal object, that current will eventually return to the intended asset, but the current might be concentrated in one area and shielded from reaching other areas. If the CP current is poorly distributed along the intended asset, it could lead to underprotection and/or overprotection at certain locations, both of which could shorten the life span of the asset.

WHEN IS AN ASSET AT RISK?

ASSETS AT RISK FROM DC INTERFERENCE

DC interference can be a silent threat, though it might be detected by routine pipeline surveys (See Figure 3). One possible indication of interference is an unexpected change in the electrical potential (voltage) of an asset at a specific location. This change in potential is especially important if it occurs near a foreign line crossing, although the potential shift could be occurring miles away from the actual crossing location. Also, if a new metal structure is installed near an asset, a survey should be conducted to identify possible interference. Additional monitoring to identify stray current impacts can be done by burying corrosion coupons or mock structures near an asset. 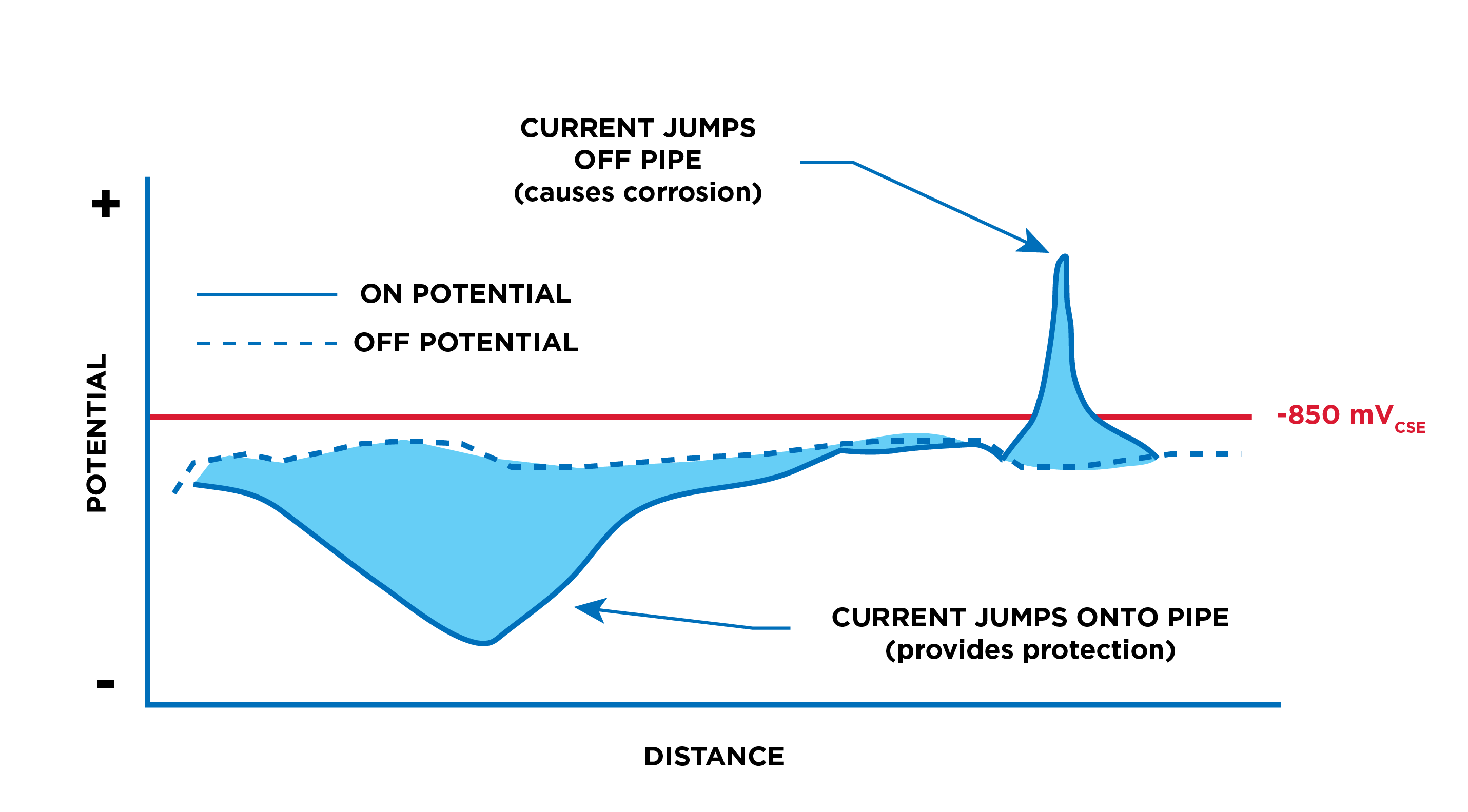 Figure 3: An example potential profile after surveying a pipeline. This profile would indicate that DC interference is likely occurring.

When DC interference is suspected, consider the problem from all perspectives. Damage could be occurring on the object being interfered with, and if the source of the interference is a CP system, that asset may now be underprotected. All direct stakeholders involved need to be notified. Then, several different tests can be conducted to confirm and understand the source of the problem.

A close-interval survey (CIS), also known as a structure-to-soil potential gradient survey, can be conducted for an asset by interrupting CP rectifiers or other current sources suspected of causing the interference. This survey measures the potential difference between a buried metal structure and the surrounding soil. While interrupting nearby current sources, any difference between the ON and OFF potentials indicates some level of stray current interference. If the survey identifies a location where the OFF potential is less electronegative than the native potential, or where the ON potential is less electronegative than the OFF potential, that may be where current is jumping off the asset and causing stray current corrosion. For these surveys, the difference between the ON and OFF potentials is referred to as IR drop, and this represents the amount of error in the structure-to-soil potential measurement. Local spikes in the IR drop measured during a survey might indicate locations where stray current is jumping onto or off an asset. If the interference is occurring between two assets, each with its own CP system, it may be important to survey both assets to fully understand the problem.

Conducting a cell-to-cell voltage gradient survey or a current mapping survey — to determine the direction of current flow and the locations where current jumps onto and off a structure — may also be useful. If the interference is suspected to be time-dependent (this is also called “dynamic stray current”), which is often the case with interference caused by a DC rail system, data loggers collecting continuous structure-to-soil potential readings could be beneficial.

SITE: An electric utility operates multiple electrical substations near a chemical facility. The substations are surrounded by more than 40 CP rectifiers operated by multiple utilities.

CHALLENGE: The utility was concerned that stray current from the rectifiers may be causing accelerated corrosion of the substation ground grids.

ASSESSING THE PROBLEM: Potential surveys for the ground grids were performed while interrupting the rectifiers, and following ground grid depolarization. Ground grid resistance and current flow measurements were also conducted. Data analysis determined that all ground grids were experiencing interference; however, the discharge, or jumping-off point, for the stray current was not located on the grids and therefore was not detrimental to the grids.

SOLUTION: The discharge point for the stray current had to exist somewhere on an asset that was electrically continuous with the ground grids. Further surveying of other assets was recommended, along with periodic monitoring of the ground grids.

CONCLUSION: Survey and data analysis results demonstrated to the electric utility that it was unnecessary to invest additional funds to protect or replace its ground grids. The utility also became aware that one or more of its other assets might be at risk and should be monitored closely.

WHAT ARE THE MITIGATION OPTIONS?

Not all stray current corrosion is significant with respect to the intended service life of an asset. Corrosion rate testing may help determine the severity of the problem if an asset is being damaged by stray current corrosion. For minor cases of stray current interference, regular monitoring of the asset (periodic inspections or using buried coupons) may be enough to provide peace of mind that the asset is still in good shape. If the asset and its CP system are the source of stray current, one question to consider is whether that asset is still adequately protected. Another question is how much current (and thus, indirectly, money) is being wasted by traveling on a stray path to the other nearby metal object. Answering these questions may help decide if mitigation is an economical choice.

Mitigation becomes necessary when stray current corrosion is severe. The easiest solution is removing the source of DC interference entirely, though this is often impractical.

Especially for interference between two cathodically protected pipelines, bonding the two assets together is the most common mitigation method. Bonding makes both assets electrically continuous, which provides a safe path for current to flow without causing damage to either asset. The goal of bonding is to return both assets to pre-interference potential levels. To do this, the bond can be connected through a test station and should have a specified resistance to control the amount of current flowing to one asset versus the other. Diodes or reverse current switches also can be used to see that current only flows across the bond in one direction. Once pre-interference potentials are met, maintaining these potentials may require significantly more CP current to protect both assets, especially if either asset is uncoated. It is also important to know that once two assets are bonded, changes in CP levels will affect both assets, and all future surveys for either asset will require synchronized interruption of all rectifiers involved. Bonds also require frequent inspections and can be damaged by AC current fault events or lightning strikes.

If the interfered-with asset is a pipeline, adding more points of isolation along the line may be useful. From an electrical standpoint, this will cut the one long line into multiple shorter lines that are electrically discontinuous, which should result in less significant interference occurring on each section of the pipeline. However, adding isolation is sometimes a complex approach that can become costly. If the asset is protected by a CP system, the isolation will require a new CP source for each electrically discontinuous segment of the asset. This solution should be used with care, as adding isolation may also unintentionally lead to further stray current corrosion around the isolation joint areas.

Installing a metallic shield between the anode and the interfered-with asset has also been used to mitigate DC interference; however, this option is often considered outdated and can easily cause more harm than good. Even if this option successfully mitigates the DC interference, it will likely be more costly than the other options.

DC interference and stray current corrosion can be dangerously easy problems to miss. Technicians who work daily to protect assets like gas pipelines are often unaware that DC interference could be causing a problem with their assets. If stray current flows onto a structure that is partly above-grade, electric shocks can result. If an asset is being protected by a CP system, stray current flowing to another nearby object means money is being wasted every minute of every day. To extend the life of assets, save on expenditures and improve safety, the often-unseen risks of DC interference must be identified, measured, monitored and, in some cases, mitigated. 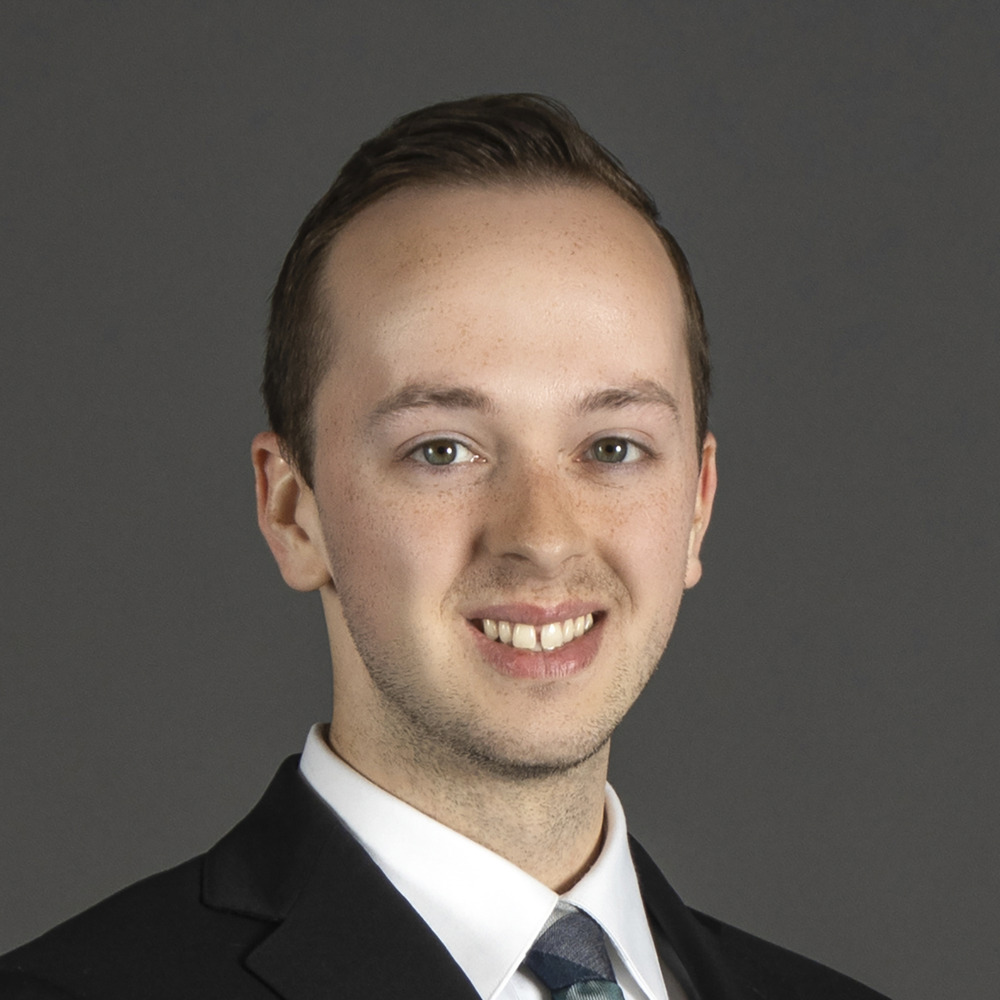