As power demand across the United States is increasing, it is becoming more common to route multiple utilities along shared rights-of-way. This may be an attractive option from a land acquisition perspective; however, it raises a host of separate issues, including safety (shock) hazards, risk of accelerated corrosion and damage to equipment on any paralleling metallic structures such as pipelines and railroad tracks. Conventional methods for mitigating this interference require physically connecting a grounding system to the affected pipeline or installing strategically placed shielding conductors to protect railways. The design and installation of these systems is generally out of the transmission line operator’s control. Electric utility operators looking to avoid high mitigation costs can utilize several techniques to proactively reduce interference.

As power demand across the United States is increasing, it is becoming more common to route multiple utilities along shared rights-of-way. This may be an attractive option from a land acquisition perspective; however, it raises a host of separate issues, including safety (shock) hazards, risk of accelerated corrosion and damage to equipment on any paralleling metallic structures such as pipelines and railroad tracks. Conventional methods for mitigating this interference require physically connecting a grounding system to the affected pipeline or installing strategically placed shielding conductors to protect railways. The design and installation of these systems is generally out of the transmission line operator’s control. Electric utility operators looking to avoid high mitigation costs can utilize several techniques to proactively reduce interference.

It is understood that high-voltage alternating current (HVAC) transmission lines can induce voltage onto collocated metallic structures. The term collocation refers to a section of the route in which two structures run parallel or near parallel and are separated by anywhere from a few feet to a half-mile. The voltage induced onto the collocated metallic structures, typically rails or buried pipelines, can have several harmful effects. First, the induced voltage may rise to unsafe levels, which presents a shock hazard to anyone who comes in contact with the structure. The induced voltage also could result in high current density levels (measure of current discharging from a buried structure’s surface into the soil), which in turn can cause accelerated corrosion of the metal. In the case of railways, these currents could be high enough to interfere with track signaling and detection equipment. During a power line fault event, a nearby pipeline or railway can be exposed to much higher current than usual, which can result in pipeline coating damage, severe risk of shock and damage to equipment and isolation joints present along the pipeline or railway.

Mitigating the electromagnetic interference is typically accomplished by designing a grounding or shielding system for the pipeline or railway tracks. These designs, along with any associated computer models and studies, must be reviewed and approved by the pipeline or railway operator before procurement and construction can begin. For new electrical transmission projects, material and installation costs may be the responsibility of the electric utility operator. These mitigation systems can be very expensive (depending on the magnitude of interference) and a drain on budgets if not accounted for during the preliminary stages of the project. Routing the electric utility along a preferred shared right-of-way might save time and land acquisition costs but could also result in millions of dollars of unplanned interference mitigation systems.

Historically, electric utilities have had little control over the design of the mitigation system and the type of system required to protect the foreign utility, as these decisions are typically left to the pipeline or railway operator. For electric utility operators looking to take matters into their own hands and explore ways to reduce interference and project costs, there are several options. The following methods can be utilized by electrical transmission operators to proactively mitigate AC interference.

Several aspects of an electrical transmission line route can significantly affect the levels of alternating current (AC) interference that nearby facilities are subjected to. It is important to break the route down by these variables and determine the potential impact of each. This discussion is informed by “Criteria for Pipelines Co-Existing with Electric Power Lines,” a report prepared for the INGAA Foundation in 2015.

Computer software can be utilized to model proposed routes and determine where there is room to improve crossing angles, lateral separation and paralleling length. Proper route planning is the primary defense mechanism against harmful electrical interference, and it is critical for protecting infrastructure from the hazards associated with AC interference.

Selecting the appropriate conductor phasing arrangement is an effective way to minimize interference with foreign utilities. The arrangement of the individual phase conductors influences the overall size and intensity of the EMF and therefore the likelihood of the transmission line causing issues. For any transmission line circuit, determining the appropriate phasing arrangement is dependent on the conductor heights, orientations (vertical, horizontal, delta, etc.), steady-state loadings, and the presence of additional circuits on a shared tower structure or other nearby structures. Figure 4 demonstrates how different arrangements for a 138-kV single vertical circuit (denoted as circuit A) with a steady-state loading of 480 amps influences the AC voltage levels on the pipeline. It should be noted that for this exercise, the physical location of the conductors was manipulated while the phase rotation was consistently set to 0,-120,120 for the A, B and C phases.

Notice how pipeline voltage is reduced by approximately 8% by selecting the ABC, CAB or BCA arrangement (from top to bottom) as opposed to the ACB, BAC or CAB arrangement. Things start to get a bit more complicated when more circuits are added to the mix. Figure 5 demonstrates how the pipeline voltage is influenced by adding a second vertical 345-kV circuit (circuit B) to the same tower structure modeled in Figure 4. The new circuit is operating at 300 amps. The 138-kV circuit’s phase arrangement is set to ABC from top to bottom and the phase rotation was again consistently set to 0,-120,120 for the A, B and C phases.

For the new 345-kV circuit, an arrangement of CBA results in the lowest levels of pipeline interference. Selecting opposing phase arrangements for double-circuit structures typically results in the lowest levels of interference on nearby structures. This might not always be true, depending on the orientation of the circuit and presence of other circuits, such as underbuilt distribution circuits, along the right-of-way. As previously mentioned, selecting the appropriate arrangements becomes complex when multiple circuits with different orientations and route geometries are present along the right-of-way, as well as the presence of additional pipelines, railways, distribution circuits and other metallic structures.

Installation of a Secondary Neutral Conductor

The secondary neutral conductor successfully reduced the voltage levels by approximately 50%. For large transmission line projects, a neutral wire might be a strong option at a fraction of what a pipeline mitigation system might cost. A pipeline mitigation system could require expensive copper grounding materials, decoupling equipment, trenching and plowing operations, welding operations, excavation and continual maintenance.

For example, a large electric utility chose to route a new 345-kV circuit parallel to a natural gas pipeline. The calculated interference on the pipeline was quite severe and resulted in a $2.2 million grounding system. Had the electric utility explored using neutral conductors to reduce interference — or modifications to the route and phasing arrangements as previously discussed — the resulting cost likely would have been significantly lower. Not only could the neutral conductor save capital expenses for the electric utility operator, but the pipeline operator could also avoid excavation and welding operations on a live pipeline — and the accompanying potential safety concerns — as well as the installation of mitigation equipment that would require continual monitoring.

Utility operators have a shared responsibility to protect critical infrastructure. Collaboration among electrical transmission, pipeline and railway operators is essential to reduce electrical interference and maintain the integrity of these assets. Routing studies, phase arrangement studies and aerial mitigation/neutral conductors are effective techniques for reducing harmful interference and can result in substantial big-picture savings for a project’s budget and schedule. 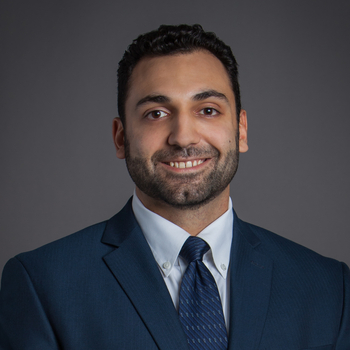