There is a broad menu of options available to begin bringing down carbon dioxide (CO2) emissions on a global scale. While many agree nuclear energy will (or should) be part of the solution, just how it is developed and deployed elicits a wide range of opinions. From cost and safety considerations to waste disposal, the issues that have dogged the nuclear industry for decades are still very much in play.

A Complicated Case for Nuclear

There is little question that nuclear energy contributes fewer greenhouse gas (GHG) emissions than any other resource currently meeting U.S. energy demand. According to the U.S. Energy Information Administration (EIA), the electricity generated by U.S. nuclear plants annually keeps more than 470 million metric tons of CO2 out of the atmosphere, compared with the emissions that would come from fossil-fueled plants generating the same amount of electricity. Over the past 50 years, the International Energy Agency (IEA) further estimates that nuclear power has kept more than 60 gigatonnes of emissions out of the global atmosphere — the equivalent of nearly two years of current energy-related emissions worldwide.

“The math is pretty compelling,” says Glenn Neises, nuclear energy director for Burns & McDonnell. “Nuclear has to have a role if we are to make real headway in bringing down CO2 emissions while maintaining grid reliability.”

However, much of today’s existing nuclear fleet consists of conventional pressurized light water reactors that are many decades old. Though some life extension projects are underway, many more units are being shut down and decommissioned at an accelerating pace. The only new nuclear capacity being added is at Southern Company’s Vogtle Nuclear Units 3 & 4. The $30 billion project is nearing completion, but the enormous cost has led many industry observers to conclude it will be the last conventional nuclear power plant built in the U.S.

Advanced Technology to the Rescue

If nuclear is to achieve its potential as a safe, affordable and abundant source of carbon-free energy, innovative new reactor technologies and new fuel designs will need to transition from the lab to commercial deployments.

“There are a number of advanced  reactor and fuel designs that could really provide the answers we need,” says Jim Jurczak, nuclear projects director at Burns & McDonnell. “However, these solutions need to be tested in real-world conditions, and that will take a few years.”

Among the advanced nuclear technologies currently under development, X-energy’s Xe-100 pebble bed reactor and NuScale’s VOYGR reactors are advancing quickly and could become the first to enter commercial operation. The NuScale design is the first small modular reactor (SMR) to receive approval by the U.S. Nuclear Regulatory Commission.

The flexibility and safety of these technologies promise to open a number of new opportunities for nuclear. System planners will benefit from load following power supply that can offset the intermittent output of solar and wind. Clean hydrogen producers will have another zero-carbon power option for the electrolyzers needed to split the hydrogen and oxygen molecules in water. Refineries and other heavy industrial facilities could gain a clean source of process steam.

Burns & McDonnell and Day & Zimmerman are providing a range of preconstruction engineering services for the project to help advance the project through various stages of permitting approvals with the U.S. Nuclear Regulatory Commission.

X-energy has already received $80 million in funding for the technology from the U.S. Department of Energy (DOE) under its Advanced Reactor Demonstration Program. The program is intended to speed demonstration of the most viable advanced reactor designs and is only a portion of a broader menu of $10 billion in funding intended to jump-start a variety of nuclear technologies.

The HTGR reactor pioneered by X-energy utilizes helium, an inert gas that acts as a conductor and coolant to keep temperatures within a stable range and provide the heat transfer mechanism. The TRISO-X fuel utilized by the Xe-100 reactor is composed of tiny uranium kernels placed inside multiple layers of refractory carbon and silicon material and then packed inside a graphite sphere measuring about 6.35 centimeters in diameter, roughly the size of a tennis ball. These multiple layers of containment are impervious to meltdowns and cannot be extracted or converted to other uses.

The TRISO fuel can withstand temperatures of up to 1,800 degrees Celsius, though the plant is designed for normal operations between 700 and 800 degrees. It begins shutting down and automatically reducing temperatures if the reactor reaches around 1,200 degrees.

“The Xe-100 is walkaway safe,” says Tehemton Bhagwagar, associate structural engineer at Burns & McDonnell. “Everyone in the industry is working toward passive safety systems because that removes one of the major barriers to development of nuclear power. The Xe-100 is a pathway that meets that objective.”

Refueling Is Another Advantage

Unlike conventional light water reactor nuclear plants, the Xe-100 does not need to be taken offline for periodic refueling. Around 200,000 fuel pebbles are continuously recycled through a gravity feed reactor core, allowing additional fuel to be added while the plant remains in operation. Fuel pebbles are cycled through the fuel handling system when they reach the bottom of the reactor vessel. They are transported back to the top of the vessel and inspected for reactivity. Once reactivity falls below the required threshold, spent fuel is mechanically extracted and routed for storage in a dry cask containment system.

With the exception of the reactor, the remaining balance of operational systems in Xe-100 plants is roughly similar to that found inside conventional simple-cycle natural gas plants.

With no viable long-term nuclear waste repository anywhere close to reality, the nuclear industry has long relied on storing spent nuclear fuel on-site at plants throughout the country. Storage of these materials has a long track record of safety, but now some studies indicate that small module reactors could potentially generate many times more waste — perhaps four times as much — than that generated by conventional nuclear facilities.

According to Bhagwagar, the studies are accurate in concluding that the volume of spent fuel from advanced reactor plants will be greater than waste from conventional plants. But that fuel will be less energy dense once it is spent and ready for storage — and thus safer than the highly radioactive fuel coming out of today’s operating plants.

Moreover, the storage systems designed for spent fuel will be designed and constructed with robust safety features that are at least equivalent to the on-site storage systems in operation at conventional plants. At the X-energy plant, for example, the on-site storage facility will consist of four buildings capable of holding more than 2,500 cannisters, a capacity that will not be exhausted for 60 years, which is the duration of plant life.

“The storage systems at all these new plants will have to pass many layers of intense engineering evaluation,” Jurczak says. “With that level of scrutiny, it is very likely we will end up with a safer system than what we have today.”

Though total installed costs of the pebble bed design are still not finalized, they should be in the range of about $5,500/kWe for the initial prototype plant. Many analysts believe those costs will drop over time, however, as more plants are built and scale efficiencies begin to be achieved. Moreover, with 60 years of design life, or longer, cost advantages begin to skew even further toward advanced nuclear plants.

“I’m not convinced small-modular nuclear will ever get to parity with natural gas plants, which today are being installed at about $1,500 per kilowatt,” Jurczak says. “But when you’re talking about carbon-free, ultra-reliable energy that supports the grid’s need for reliability and resiliency, you can justify some level of cost premium.”

Jurczak believes that costs of the pebble bed design as well as other advanced small modular nuclear designs like the NuScale VOYGR plant will decline to a price point far below the costs being reported by the Vogtle project.

“Based on recent announcements, costs for Vogtle are penciling out to around $15,000 per kilowatt,” Jurczak says. “If the new small modular plants can’t ultimately get to about one-third of that level, the nuclear industry faces steep challenges. Nuclear has to be affordable or it’s not going to be in the picture.”

Both Jurczak and Bhagwagar say the complex and redundant safety systems required by nuclear regulators are the primary cost driver for construction of new conventional nuclear plants.

“All of the advanced reactors going forward will need to move away from the saturated steam process in today’s reactors,” Bhagwagar says. “The existing light water reactors consist of many systems, structures and components that are safety related. These are designed and built to exacting specifications as they are required to pass extremely rigorous inspections by the NRC.”

Each modular Xe-100 unit will be stacked as an 80-MWe “four-pack” in a single structure that relies on high-temperature gas cooling that needs no pumps or backup generators, nor the wide array of fail-safe safety systems required in conventional plants.

“That’s the big difference,” Bhagwagar says. “There will be just one reactor building, which will consist of all safety-related systems, structures and components. Everything else will be off-the-shelf, commercial-grade equipment similar to what you would see in a gas plant. There will be no need for custom-designed components and systems, which is a major cost driver for conventional nuclear plants.” 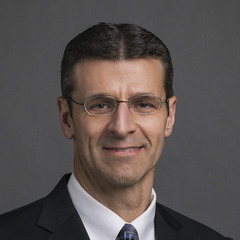 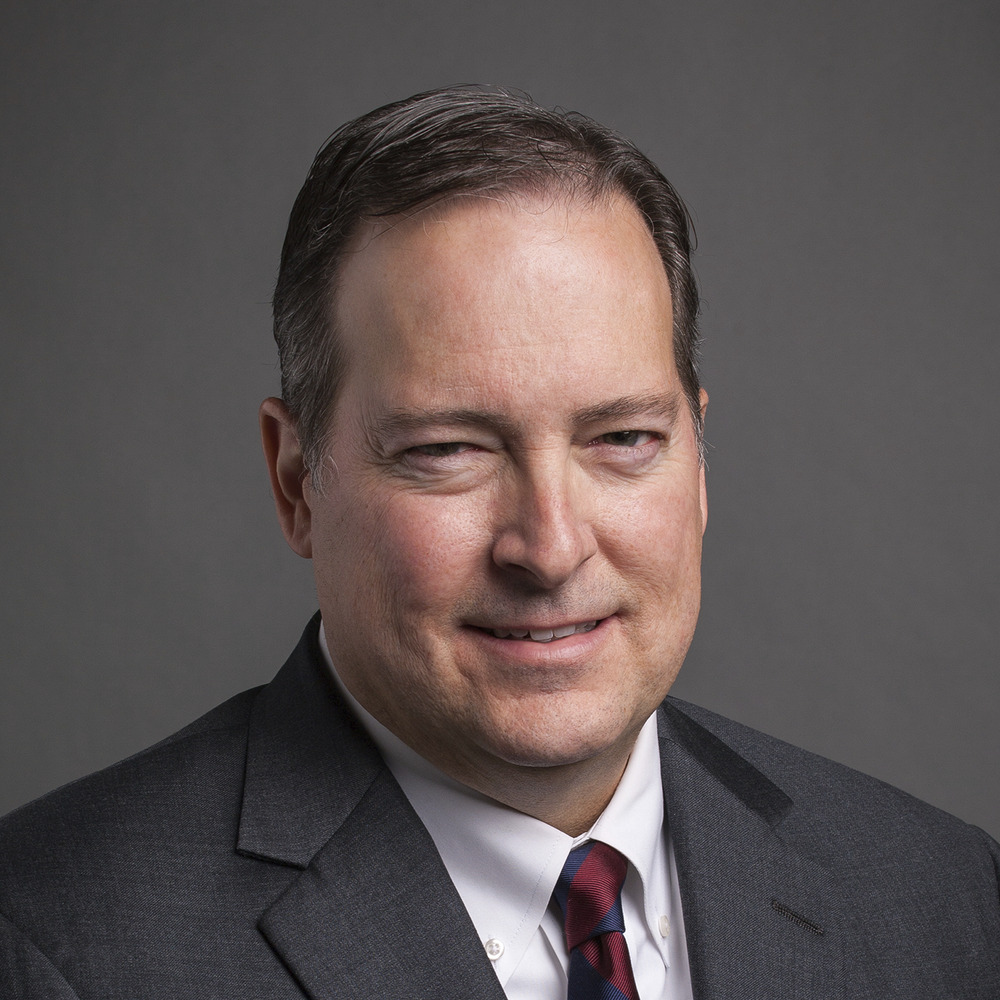 X-energy today announced a significant step toward the creation of a unique energy delivery model with the selection of Zachry and the combined team of Burns & McDonnell and Day & Zimmermann as constructors to collaborate and work with the company on the next phases of design and deployment of its Xe-100 advanced reactor fleet.

The Grant Proposal: A Story Worth Millions of Dollars

Securing grant funding can be a laborious task, but applicants can use this opportunity to collaborate with local leaders, build relationships with funding agencies and envision their ideal project.

Achieving clean energy goals is rapidly becoming a cost of doing business. Learn how industrial facilities can respond to these mounting pressures and develop a road map to implement sustainable solutions.

A more sustainable energy future is achievable, but the path to get there requires investment in and promotion of emerging technologies that will help transform the global economy.

Investing in an Energized Future

The electrical transmission and distribution industry is experiencing massive change. The need to improve our current power system is a critical component driving that evolution — and it’s requiring electric utilities to act.

Producing renewable fuels is a potentially rewarding opportunity for refiners to enhance their services for profitable and lasting portfolios. From feedstock and technology selection to project delivery methods and complementary projects, several considerations can affect the feasibility of such projects.

AEC firms want to make client projects successful as they design, engineer, build and maintain the planet’s critical infrastructure. Doing so efficiently requires determining just what roles technology can play as we stand on the threshold of a worldwide digital transformation.

Sometimes innovative ideas take extraordinary amounts of time to germinate. Such is the case with dividing wall columns — an innovation that is introducing unprecedented cost efficiency, energy savings and emissions reductions to the natural gas liquids processing industry.